The Patient Medication Profile
The Pharmaceutical Information Network (PIN) is one component of the EHR; it is the central repository of the
patient's Medication Profile. Medication and allergy information is loaded into the EHR from pharmacies,
physician offices, and Alberta Cancer Centers. To better understand the benefit of integrating the EHR with existing Point of Service (POS) systems (such as
clinic EMR systems, pharmacy management systems and hospital systems), a typical scenario is described for
the patient Mr. Adam Smith.
September 2013
EHR Integration – Patient Care Storyboard
Page 1 of 5

EHR Integration – Patient Care Storyboard
This storyboard follows Mr. Smith from his initial visit to a walk-in medical clinic, then to a community
pharmacy,
the hospital, and finally, back to his family doctor.
Patient: Adam Smith.
Adam Smith is a 77 year old male from Calgary, visiting his grand-daughter in Edmonton. Symptoms: Cough, weakness, general malaise. He has no history of allergies or chronic conditions, but has been experiencing a productive cough for a week, with some weakness and general malaise. His granddaughter convinces him to visit the local walk-in clinic, where he will see Dr. Jones. The clinic's EMR system is integrated with the EHR. When Adam arrives at the clinic, the nurse at reception starts a file Adam visits out-of-town clinic. for him in the clinic's EMR system, confirming his PHN, name, date His EHR Medication Profile is retrieved by of birth, and gender. the clinic's EMR system. The EMR system automatically checks for current
prescriptions and allergy records on the EHR and detects
there is nothing current for Adam to be downloaded.
When Dr. Jones sees Adam, she opens his patient record in the EMR system. Adam is prescribed an antibiotic. Dr. Jones decides that antibiotic therapy may be appropriate for this situation if things do not improve. She notes there are no His EHR Medication Profile is automatically other current prescriptions or allergies on Adam's file. She confirms updated with the prescription. this with Adam, and prescribes a course of Erythromycin. The EMR system automatically uploads the Erythromycin
prescription to the EHR.
Dr. Jones explains to Adam that if symptoms worsen over the next couple of days, he should begin taking the drug. September 2013
EHR Integration – Patient Care Storyboard
Page 2 of 5 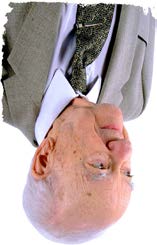 EHR Integration – Patient Care Storyboard
Adam has the prescription filled at the Get Well pharmacy near his Adam fills prescription at out-of-town grand-daughter's home. Get Well pharmacy uses a pharmacy system that is fully integrated, real-time, with the EHR Pharmacist reviews Adam's EHR Medication Ken Wood is the pharmacist on duty, and confirms Adam's PHN, name, date of birth, and gender. Using the confirmed information, Ken finds Adam's
integrated Medication Profile in the local pharmacy system.
He confirms that the Erythromycin is currently Adam's only
therapy and this will be the first dispense of that
prescription.

Ken consults with Adam regarding medical conditions, allergies, and other medications. Ken counsels Adam on his new prescription and advises to monitor for symptoms of intolerance and rare but possible allergic reactions. Adam confirms he is not on any other medications, and is not aware of any allergies. Pharmacy System is integrated with PIN and Ken enters the dispense against under the EHR prescription, right the dispense is immediately updated on the within his Pharmacy Practice Management System. The Levaquin dispense is immediately sent to the EHR from
the integrated pharmacy system.
Adam is reluctant to take the Erythromycin and decides he will wait Adam experiences allergic reaction and until morning to take his first dose. The next morning, within 30 minutes of taking the Erythromycin, Adam notices a rash that is rapidly developing on his body. His breathing is becoming labored. He calls his grand-daughter, who calls 911. By this time, his throat is beginning to swell. On the ambulance ride to the hospital, Adam loses consciousness and unable to communicate for himself. September 2013
EHR Integration – Patient Care Storyboard
Page 3 of 5

EHR Integration – Patient Care Storyboard
Dr. Park is the ER physician who begins to assess Adam's condition Hospital ER team reviews Adam's EHR Medication Profile. Adam's grand-daughter meets him at the hospital. She informs the ER team that Adam had visited a doctor about his cough. One of the ER team members gains details about Adam's
identity from the granddaughter, and uses the information
to access Adam's EHR Medication Profile.

Hospital ER team notes that Ken's Dr. Park is alerted by his team member that Adam's Medication Medication Profile indicates he is taking Profile indicates he was dispensed Erythromycin the day before. The symptoms are consistent with allergic reaction to Adam is treated for anaphylactic reaction. Erythromycin, and Dr. Park treats Adam for an anaphylactic reaction. Adam is discharged from Once Adam recovers and is ready for hospital release, Dr. Park writes him a prescription for Levaquin in place of the Erythromycin, and advises Adam to inform his family doctor and pharmacist that Dr. Park prescribes Levaquin he is allergic to Erythromycin. to replace Erythromycin. Adam's hotel bell-man directs him to a 24-hour pharmacy that has Adam fills Levaquin prescription at out- not yet integrated with the EHR, but is connected to Netcare Portal, of-town pharmacy. and, has also been submitting a file of Pharmacy Batch dispenses Pharmacy sends dispense to EHR at end of to PIN every night for over a year. Adam fills the prescription for The pharmacist on duty locates Adam's EHR Medication Profile on Netcare Portal. The pharmacist views the same profile that Dr. Park viewed and updated. The pharmacist dispenses the Levaquin. The pharmacy system automatically queues the dispense for
submission to PIN in batch mode at the end of the day.
September 2013
EHR Integration – Patient Care Storyboard
Page 4 of 5

EHR Integration – Patient Care Storyboard
A few days later Adam is recovering from his cough and feeling Adam has recovered and much better. He returns to his home in Calgary and makes an appointment to visit his family physician, Dr. Chen, the following Adam visits his own family day. The clinic's EMR system is integrated with the EHR. When Adam arrives, Dr. Chen opens Adam's file on the EMR Family doctor's EMR system system, while they discuss Adam's conditions and recent treatment. automatically retrieves prescription from the EHR for Erythromycin and Levaquin. Dr. Chen's EMR system automatically retrieves the EHR
On the EMR system, the family doctor Medication Profile, and detects that two new prescriptions
have been added, Erythromycin and Levaquin.
discontinues Erythromycin, renews Levaquin, and enters the allergy to Dr. Chen downloads the Levaquin prescription to Adam's file
onto the local EMR system, and renews the prescription.
The EMR system automatically updates the Dr. Chen also discontinues the old prescription for
EHR with the discontinue to Erythromycin, Erythromycin with a reason of allergic reaction, and she
renewal of Levaquin, and new allergy. enters the allergy into her EMR system.
The EMR system automatically sends the new allergy, as
well as the discontinue order for the Erythromycin, to the
EHR.
Adam and his granddaughter are very grateful for the care they received throughout his illness. Adam was especially impressed that the health care professionals he encountered seemed to be so well-informed about his medications. September 2013
EHR Integration – Patient Care Storyboard
Page 5 of 5