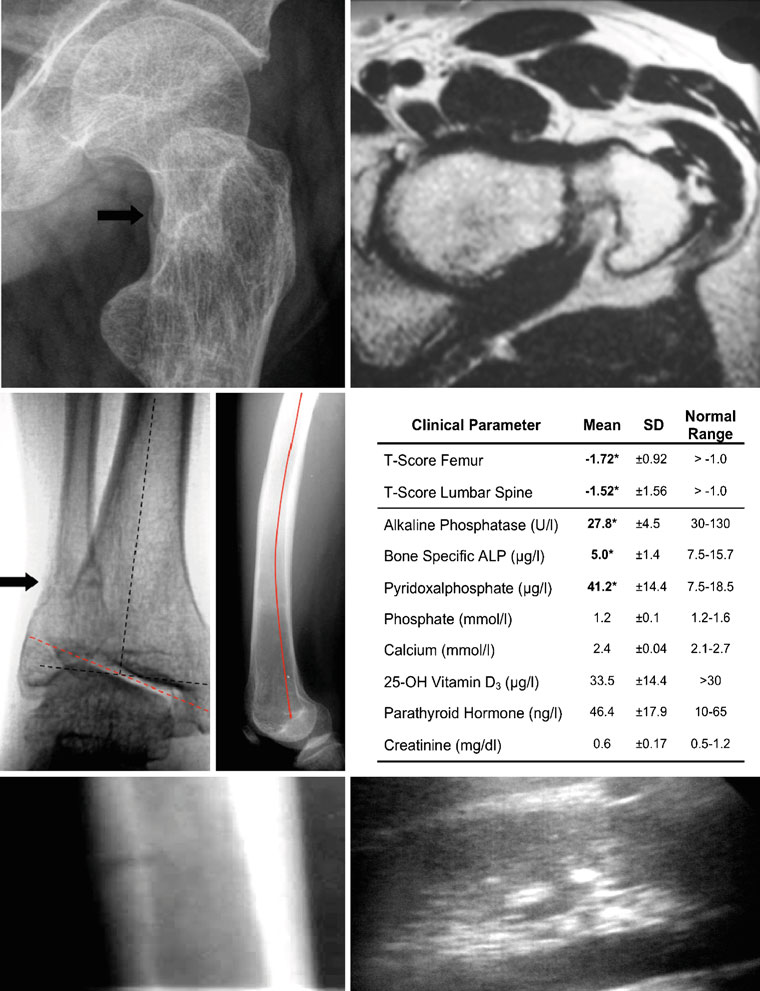 Fig. 1 Typical clinical aspects of adult hypophosphatasia. a X-ray bowing of the left femur (red line) is clearly visible by X-ray (lateral (oblique view) and b MRI (axial view) of the left lateral proximal view). e Results of bone densitometry and biochemical analysis. The femur of a 32-year-old male patient diagnosed with adult hypophos- normal ranges of all parameters are given on the right. Pathological phatasia. A pseudofracture in the femoral neck is indicated by the abnormalities in the hypophosphatasia patients (n=8) are highlighted arrow. c X-ray (a.p. view) of the right ankle joint of the same patient in boldface. f X-ray (lateral view) of the tibia showing a pseudo- showing also a pseudofracture in the distal fibula. In addition, a fracture of the tibial shaft (white arrow). g Ultrasound of the kidney pathologic tilt of the ankle joint axis was observed (dotted red line, illustrating a calcification spot as an echogenic focus (white arrow) pathologic axis; dotted black line, anatomic axis). d The pronounced with posterior acoustic shadowing (black arrow) group showed a normal orientation and distribution of the outline of the trabeculae seemed to be regularly formed, but trabeculae in the cancellous bone, with only thin layers of the impaired mineralization in hypophosphatasia patients osteoid (Fig. Compared to the control group, the resulted in an irregularly formed mineralized part of iliac crest biopsies of the hypophosphatasia patients were trabeculae lying underneath the thick osteoid layer remarkably different with increased osteoid volume (Fig. In fact, the interface between mineralized bone (Fig. In the toluidine blue-stained sections, the and unmineralized osteoid was irregularly shaped in 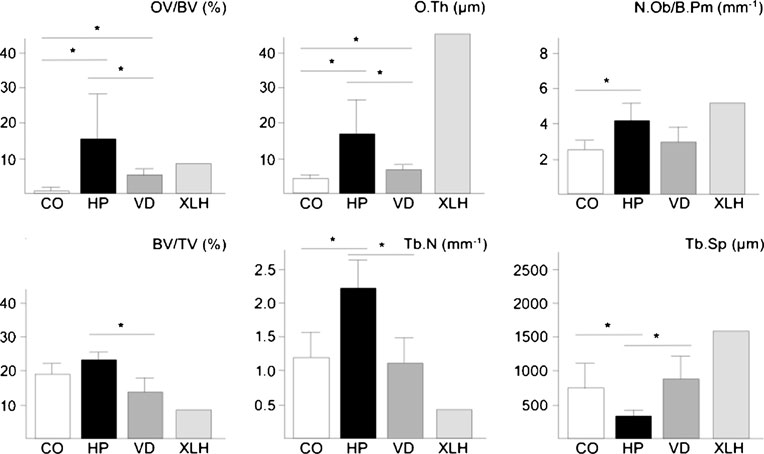 Table 1 Histomorphometric parameters of the iliac crestbiopsies derived from healthy donors (control) and adulthypophosphatasia patients (HP) N.Ob/B.Pm (mm−1) N.Oc/B.Pm (mm−1) Shown are the mean values and standard deviation (SD) * P values below 0.05 were N.Oc/Md.BS (mm−1) considered statistically significant We next quantified the numbers of osteoblasts, osteo- To address the question, whether the increased clasts, and osteocytes. Here we found an increase of osteoblast number and the structural changes of trabec- osteoblast number (N.Ob/B.Pm) and surface (Ob.S/BS) in ular bone are generally observed in cases of osteomala- the hypophosphatasia patients, although their morphology cia, we further performed histomorphometry in biopsies appeared to be normal. In contrast, the number (N.Oc/B.
derived from eight individuals with low circulating 25 Pm) and surface of osteoclasts (Oc.S/BS) were not (OH)-vitamin D levels and from one patient suffering significantly different between the two groups, and the from X-linked hypophosphatemic rickets (Fig. In both same was the case for the osteocyte number (Ot.N/B.Ar/ cases, we found the expected pathological increases of mm2). Given the large increase of the osteoid surface in the osteoid volume and thickness, albeit both parameters were cases of adult hypophosphatasia, we further quantified the significantly lower in the cases of vitamin D deficiency osteoclast surface per mineralized bone surface (Oc.S/MS).
compared to adult hypophosphatasia. Most importantly, Here we observed a non-significant increase compared to however, the number of osteoblasts was only elevated in the control cases, which may explain, at least in part, the individuals with adult hypophosphatasia, but not in scalloped pattern of cement lines described above.
individuals with vitamin D deficiency, and the same was Fig. 3 Histomorphometricanalysis of iliac crest biopsiesderived from control individuals(CO) or from patients with adulthypophosphatasia (HP), vitaminD deficiency (VD) or X-linkedhypophosphatemic rickets(XLH). Bars represent means ±SD, and asterisks indicatestatistically significantdifferences (p<0.05) betweentwo groups (n=8) 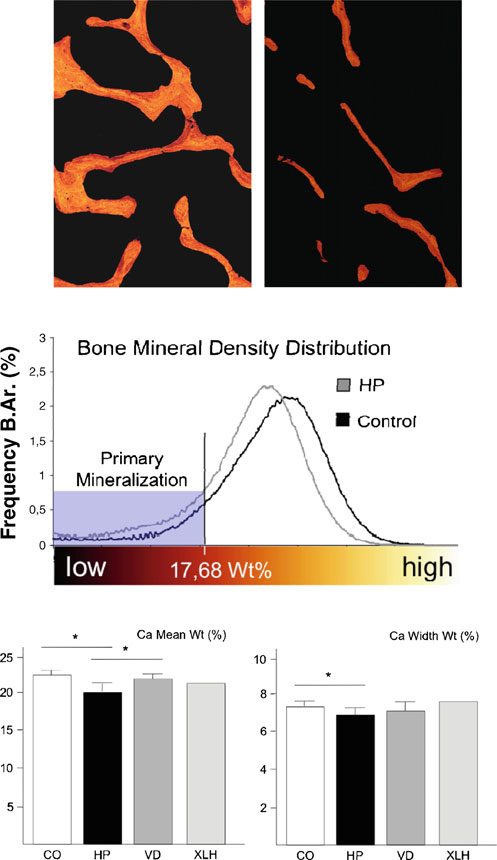