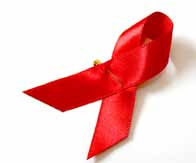 "CALL ATIC ON TOLL FREE NUMBER : 0800200055 FOR FREE ADVICE ON PATIENT MANGEMENT. YOU CAN ALSO BEEP OR SMS ATIC ON 0717326500
VOLUME : 8
JUNE 2011
Quarterly Newsletter of the AIDS Treatment Information Centre, Infectious Diseases Institute, Makerere University, Kampala Case Report: Skin Reaction to Tenofovir By Dr. Gyaviira Makanga (Mmed Int.Med) & Dr. Stella Zawedde - Muyanja (MBChB) A 30 year old female presented to a local HIV Care Centre in Kam- nevirapine dose was then escalated to 200mg BD, which she toler- pala, Uganda for Routine Counsel ing and Testing for HIV after her ated well for the next 2 months with a rise in CD4 to 487 cells/µl husband had tested HIV positive from another centre. She had no after 3 months on ART. The Nevirapine dosing was then escalated major complaints apart from a history of heavy menses, no prior ma- to 400mg OD. (once daily dosing of nevirapine has been found to jor opportunistic infections and physical exam was unremarkable.
have ARV efficacy similar to twice daily nevirapine and is recom-mended for treatment simplification) She underwent routine pre and post-test counselling and was found HIV positive on two rapid HIV tests i.e. determine and statpak Three days after the new dose, she reported back to the clinic with a respectively. She was initiated on cotrimoxazole prophylaxis and generalised itchy maculo-papular rash involving the oral mucosa as ferrous sulphate 200mg three times a day. Her baseline labs were smal blisters. Al her medications were stopped including cotrimox-as below; azole. She reported no herbal remedies used prior to the rash. No repeat laboratory tests were done. She improved within 2 weeks and was re-started on TRUVADA®/efavirenz. One day after medication, developed another generalised erythematous itchy maculo-papular rash but no mucosal involvement. The ART was stopped, with clear- ance of the rash within 4 days. One week later, was re-initiated on TRUVADA® and ALUVIA®. One day after this new medication, developed another generalised itchy macula-papular rash with mucosal involvement, she stopped her medication and reported back to the clinic. NB: The above are the basic initial laboratory tests done by the clinic, viral load, Hepatitis B and C tests are not routinely done Further consultation with colleagues at the AIDS Treatment Infor-due to cost. mation Centre (ATIC) located at the Infectious Diseases Institute, Makerere University; Kampala suggested the offending drug could Based on her CD4 cell count (<350), she underwent three pre-anti be tenofovir. A TRUVADA® switch was therefore suggested. retroviral therapy (ART) counselling sessions with the counselling team as per the Centre/Current ART guidelines and was initiated on One week later, she was counselled and re-initiated on AZT/3TC ART 2 months from time of first presentation.
(COMBIVIR®) plus ALUVIA® and cotrimoxazole was restarted. She did well on this new regimen with no further complication. She She was started on tenofovir/emtricitabine (TRUVADA®) plus ne- has continued to do well to-date with no further skin or mucosal virapine 200mg OD for 14 days, with no major adverse effects. Her adverse reactions.
continues on Pg 2 INSIDE THIS ISSUE :
Skin Tuberculosis Ethambutol Associated Filarial Diseases 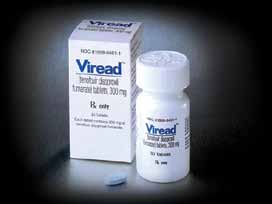 Dr. Natalie Prevatt Coordinator; African Short Course in A typical day in the life of a healthcare worker will often find Tropical Medicine, London School of Hygiene and Tropical Medicine & Hospital for Tropical Diseases, UK them dealing with a rather wide range of health related issues, some similar and others unique to particular patients.
Dr. Philip Gothard Consultant Physician, Hospital forTropical Diseases, Mortimer Market Centre, Capper Street, This edition of the ATIC Newsletter reflects the life of a health London WC1E 6JB, UK .
worker that has to read up on different issues as they deal with different patients. Dr. Tom Doherty London School of Hygiene and Tropical Medicine & Hospital for Tropical Diseases, UK When most of us think of skin reactions to ARVs, Nevirapine and Efavirenz are the drugs that come to mind. In this article, we share with you a unusual case from Nsambya Home Care Editorial Committee HIV Clinic about a patient who got a skin reaction to Tenofovir. We also share with you another interesting Case Report from the Infectious Diseases Institute on Skin Tuberculosis.
Ceppie Merry HIV Physician and Pharmacologist, TrinityCollege Dublin and Infectious Diseases Institute Over the past months, a number of you have called ATIC with Prof. Walter Schlech Dalhouise University, Canada queries on how to manage patients with suspected Ethambutol Prof. Allan Ronald University of Manitoba, Canada toxicity and so we present you an article on Ethambutol asso-ciated Optic Neuritis in patients treated for Tuberculosis. We Mairin Ryan HIV Pharmacist and Pharmacoeconomist, IMB trust this will give you more information on the issue.
Kim Scarsi HIV Clinical Pharmacist, Northwestern MemorialHospital, Chicago Our special collaboration with the London School of Hygiene Charles Steinberg Consultant Training Department, Infectious and Tropical Medicine continues in this edition with more arti- Diseases Institute cles on the Neglected Tropical Diseases. This time, we bring you an article on the Buruli Ulcer, and another on Filarial diseases.
Leah Thayer Head of Training Department,Infectious Diseases Institute Please read on and learn from the different experiences and Sheila Karamagi ATIC Research and Communications information we have specially packaged for you.
Monica Amuha Grace ATIC – Pharmacist Sheila Karamagi – ATIC Research and Communications Stella Zawedde-Muyanja ATIC – Medical Officer & Team leader Skin and subcutaneous reactions i.e. urticaria, vesiculobul ous rash, pustular rash, maculopapular rash, pruritus and skin discol- oration are seen in one to ten out of 100 people taking Truvada. It is therefore plausible that the patient improved after discontinu- ation of Tenofovir. Although the culprit drug was later found to be Tenofovir, we should stress that NVP should be used with caution in women with CD4 cell counts above 250 due to increased risk of hepatotoxic- ty and that when a maculopapular rash occurs on NVP, patients Discussion :
should also be assessed for hepatotoxicity as the two adverse drug Although hypersensitivity skin reactions in HIV infected people are reactions tend to occur together. more commonly at ributed to cotrimoxazole and Non-Nucleoside Reverse Transcriptase Inhibitors ( NNRTIs), they can also be caused *Case is from a patient attending Nsambya Home Care HIV clinic* by Nucleoside/Nucleotide Reverse Transcriptase Inhibitors (NRTIs/ NtRTI), although with much less frequency. 15-27% of patients * The programme this patient was enrolled in uses the WHO 2010 receiving EFV and 17% of patients receiving NVP develop a rash cut off point of 350 to initiate patients on ART* compared to 9% of patients receiving CBV+3TC.
References • Once daily dosing of NVP versus twice daily dosing of NVP. Journal of The possibility of an NRTI or NtRTI causing a maculopapaular rash Antimicrobial Chemotherapy 2008 61( 1) 13-16 should be suspected if a rash does not resolve with discontinuation • www.medicines.ie : Truvada : Summary of Product Characteristics of cotrimoxazole and the NNRTI component of an ART regimen. • Medical Management of HIV Infection: Drug information: Nevirapine and Efavirenz