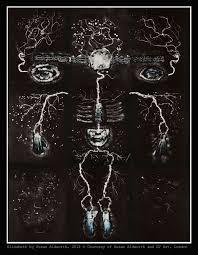 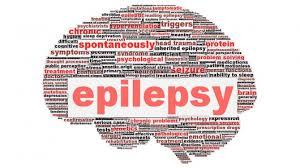 An Easy Read Summary
Since March 2013, a small team from Inclusion East have worked on the East of England's Managed Clinical Network epilepsy project. We wanted to find out what life is like for people who have learning disabilities and also have epilepsy. We spoke to lots of people from this group who live throughout the region. This wasn't always easy as sometimes people had to postpone meetings because they had had a seizure. We also spoke to family carers and lots of different healthcare professionals. We heard that people are experiencing some of the same problems, including problems with medication and problems with having some of their seizures properly understood. We think writing a long report that tells the stories of the people we met and the problems they are facing would be a good idea. The team from Inclusion East also went to training events and looked at information that is available from epilepsy We think people with learning disabilities who have epilepsy should be involved in producing both of these things to make things better for this group. We have met and now know people who would be willing and able to do this beyond the end of 2013. CONTENTS
AIMS OF THE PROJECT 1. INTERNATIONAL CLASSIFICATION OF SEIZURES 2. DIAGRAM OF SEIZURE TYPES 3. NICE GUIDELINES ON DIAGNOSIS & MANAGEMENT OF EPILEPSIES WITH REFERENCE TO PEOPLE WITH LEARNING DISABILITIES 4. SUDDEN UNEXPLAINED DEATH IN EPILEPSY 5. FURTHER READING 6. ACKNOWLEDGEMENTS
It is estimated that half of all people with learning disabilities have epilepsy. In those
described as having a severe or profound learning disability, the number is thought
to be as high as 80%. The Confidential Inquiry into Premature Deaths of People with
Learning Disabilities (CIPOLD) identified epilepsy as the most common long-term
health condition among those within this group.
A number of leading epilepsy organisations have acknowledged:-
 that, historically, epilepsy and the consequences of the condition were not taken as seriously in individuals with a learning disability as they were for those in the general population  that now, it is only fair that this group of individuals should be able to access the same quality of epilepsy services as anyone else. But what is the reality for the east of England's population of adults with learning disabilities who live with epilepsy on a daily basis? AIMS OF THE PROJECT

The primary aim of this project has been to respond to the above question in a co-
productive manner:-
 by talking to relevant, interested professionals  by talking to family carers  and, most importantly, by talking to people with learning disabilities who, themselves, live with epilepsy. In view of the prevalence of epilepsy among those with learning disabilities, the project also set out to:-  find out to what extent information and resources available from leading epilepsy organisations was tailored specifically to this group of people  and find out how relevant current training is to the specific needs of this group WORK DONE

Since March 2013, a co-director and two associate members of Inclusion East – one
of whom has learning disabilities and, himself, lives with epilepsy- have worked
together on the East of England's Managed Clinical Network epilepsy project. We
have identified, made contact and met with a range of others who have learning
disabilities and epilepsy, living throughout the region. People we have met with:-
 live in Cambridgeshire, Suffolk, Norfolk and Hertfordshire  are of both genders  are of differing ages  are from a variety of backgrounds and currently live in a variety of situations  and access epilepsy services through both general neurological routes and through specialist learning disability services. Being able to engage meaningfully with the people we met with was not always straightforward; time was needed to build relationships in which people felt comfortable sharing their personal, and sometimes painful, experiences, and meetings often had to be re-scheduled due to occurrence of seizures. We also met with:-  family carers  community nurse practitioners (Peterborough City Council)  epilepsy nurse specialists (National Hospital for Neurology and Neurosurgery)  registrars and consultants (Hertfordshire Partnership NHS Foundation Trust)  and academics (Universities of Cambridge and Hertfordshire). The team from Inclusion East would like to take this opportunity to offer a heartfelt thank you to all of those who gave freely of their, often limited, time. In addition to our engagement work, we also attended a number of training events and conferences – both locally and further afield – and researched a vast array of information and resources that are available from leading epilepsy organisations. Furthermore, we commissioned a final-year medical student to summarise features of both the National Institute of Clinical Excellence (NICE) and information available on sudden unexplained death in epilepsy (SUDEP) that are most pertinent to people with learning disabilities (see Appendices 3 & 4).
From those we have engaged with, we have been able to successfully identify a
number of issues that appear to be currently and commonly faced by those with
learning disabilities who live with epilepsy and the families who support them:-
 uncertainty over whether there is a difference in good outcomes depending on whether epilepsy services are accessed via a general neurological route or a specialised learning disability route  a breakdown/disjointedness in the epilepsy and learning disabilities pathways at the point of transition (childhood to adulthood)  diagnostic overshadowing; misunderstanding between what is seizure activity and what is behaviour associated with the learning disability, particularly in relation to seizures of the partial type (descriptions of different seizure types as outlined by the International Classification of Seizures are offered in Appendices 1 and 2)  lack of consideration given to the effects on quality of life when anti-epileptic medications are being prescribed/reviewed  little evidence of thorough understanding and use of the Mental Capacity Act and best interest decisions particularly in relation to people with complex needs who very often have equally complex medication regimes  not enough ‘out of hours' support at times when problems arise during changes to medication regimes  not enough information about SUDEP given to those who are at high risk of this and those who support them  evidence that there is a lack of investment by providers of social care in the strong health facilitation and leadership that is needed by those with learning disabilities and complex epilepsy who are using their services. In addition to establishing the above (the need to elaborate on these in a more detailed document is suggested under Next Steps) our engagement work has enabled us to bring together a wide group of individuals from different parts of the region who are now connected to one another and form a knowledgeable and informed network able to provide advice and support to one another and to others with learning disabilities who have epilepsy. Within this group is a smaller number of skilled individuals who, with support, are keen to work with others in the co-production and co-delivery of training programmes, as well as on the co-production of information and resource packages in relation to adults with learning disabilities who have epilepsy. Both of these have been identified by the team from Inclusion East as existing gaps in what is currently offered/available both at regional and national level. Our workshop at the Managed Clinical Network event on 9th December was a response to this; a quiz-based workshop, co-produced and co-delivered by people with learning disabilities, to broaden attendees understanding of epilepsy for those who have learning disabilities. NEXT STEPS

The team from Inclusion East believe the following could all contribute to improving
outcomes for people with learning disabilities living with epilepsy, both regionally and
nationally:-
 production of a document that will provide a more in-depth account of the stories we heard during the project, raising awareness of issues faced in an emotionally engaging and personalised manner  development of a small team of individuals, comprising people with learning disabilities and epilepsy as well as family carers, to work together, and alongside professionals, to co-produce information packages and training materials aimed at better addressing the specific needs of this group  further development of the team in order to enable, in addition to the above, participation in the co-delivery of training to those involved in the support of people with learning disabilities who have epilepsy  opportunity for the team to liaise with professionals who are involved in providing information and advice to individuals and families of individuals who are at risk of SUDEP  inclusion of epilepsy in Quality of Life audits, utilizing the skills and experience of those within our team and network. For further information please contact Inclusion East:
APPENDIX 1:
INTERNATIONAL CLASSIFICATION OF SEIZURES

 Confidential Inquiry into Premature Deaths of People with Learning Disabilities (CIPOLD) available from:  Wasted Money, Wasted Lives available from:  Learning Disabilities and Epilepsy available from:  Learning Disability and Epilepsy available from:  Using NICE Guidance to Standardise Epilepsy Management available from: APPENDIX 6: ACKNOWLEDGEMENTS
The team from Inclusion East who worked on the Managed Clinical Network's
epilepsy project were Vicki Raphael, Matthew Clark and Christian Raphael. Thanks
also to Jo Hough and other members of Inclusion East for their support during the
project.
Thank you to all the people with learning disabilities who have epilepsy, and their
family carers, with whom we met and spoke with. These individuals are not named,
in order to protect their privacy.
Thank you to all the professionals with whom we met and spoke with, particularly
Jane Swannell and Anthony Linklater.
Thank you to all those who attended and took part in our advisory group meetings;
Dr Asif Zia, Dr Inderbir Sidhu, Dr Indermeet Sawhney, Dr Howard Ring and
Professor Robert Gates.
Thank you to George Bainbridge who researched and wrote Appendices 3 and 4 of
this report.
Image on front cover is taken from The Portrait Anatomised by Susan Aldworth and
was chosen by someone with learning disabilities who has epilepsy who took part in
our engagement work.

British Council HCMC: (08) 3823 2862 Welcome to British Council LearnEnglish Activities Pronunciation Tips Sounds and phonemic chart Digital access to English for learners everywhere Apps for Learning The British Council creates international opportunities for the people of the UK and other countries and builds trust between them worldwide. We call

Florida Gulf Coast University Policy No.: 1.003 Approved: 6/30/06 Responsible Executive: Substance Abuse Testing Program Responsible Offices: General Counsel POLICY STATEMENT The Florida Gulf Coast University (FGCU) Athletics Department is committed to the physical and mental health and well-being of its student-athletes. The University recognizes that the use of certain drugs and substances, legal or illegal, is not in the best interests of the student-athlete or FGCU Athletics. In an effort to combat the use of illicit drugs and other substances, FGCU has implemented a comprehensive substance abuse education and testing program to promote healthy and responsible lifestyles for student-athletes.