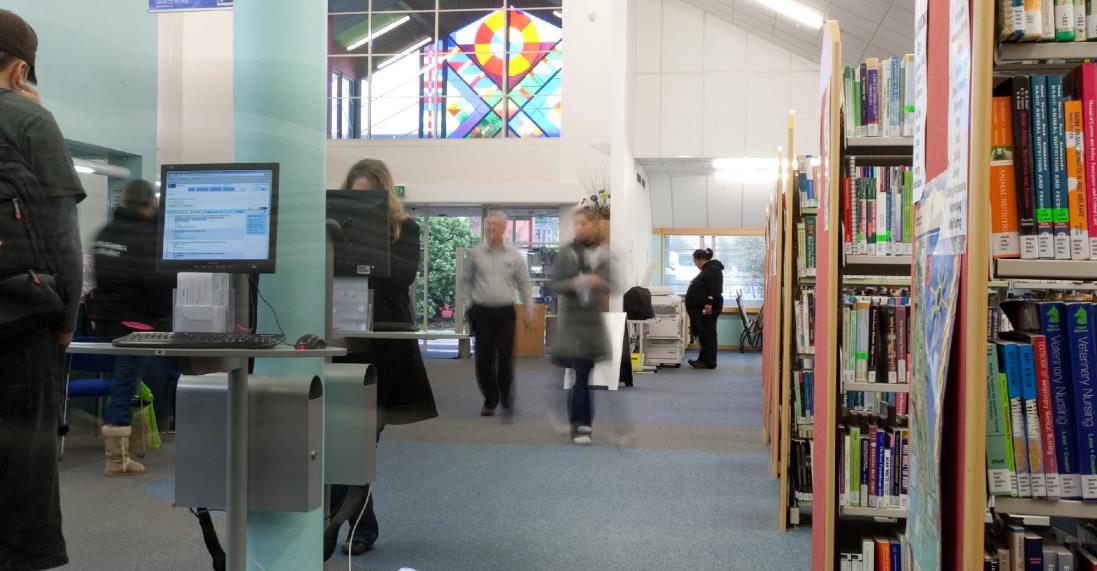 Page numbers
Commas, full stops and colons are used to separate the elements. Some elements also require parentheses. Invert all authors'names so
that the surname or last name is written first. The authors'first names are abbreviated so that Jennifer Smith would become Smith, J.
After the author name, the year of publication is added in parentheses followed by the title of the book (in italics, with proper nouns and the
first word of the title and subtitle capitalised). The edition is next and the place of publication and the publisher are added last. Like this
template:
Author, A. (Year). Title (edition.). Location: Publisher.
Bibliographic elements required:

Missing Information
Cite the first few words of
New drug appears to sharply cut heart risk. (1997, July 21). The No author
the reference entry (usually
Dominion, p. 6. the title) and the year. Use
double quotation marks
around the title of an
article, chapter or web
Italicise the title of a periodical, book, brochure or report.
page. Begin each word with
a capital letter.
Merriam-Webster's collegiate dictionary (11th ed.). (2005). Springfield, ("New Drug,"1997) MA: Merriam-Webster. Italicise the title of a
Place the title in the author position. Alphabetise books with no
author or editor by the first significant word in the title (Merriam in
periodical, book, brochure
this case).
or report.
Collegiate Dictionary, 2005) McApple, J. (n.d.). An apple a day keeps the doctor away. Retrieved from No date
When no city has been identified in print material, search online and
No city
use the city/state for the publisher's head office.
Smith, J. (2003). Ethics in New Zealand. Wellington, New Zealand: Huia Updated 1 0 September 20 12

Periodical Print Information
Bibliographic elements that may be required to create a reference for periodical print information are as follows: Author or authors
Year of publication
Title of publication
Title of series
Description of the work
Article title
Editor, compiler, reviser, translator, or illustrator
Volume number or number of volumes
Issue number
Place of publication
Page numbers
Commas, full stops and colons are used to separate the elements. Some elements also require parentheses. Invert all authors'names so
that the surname or last name is written first, then the authors'first names are abbreviated so that Jennifer Smith would become Smith, J.
After the author name, the year of publication is added in parentheses; then the title of the article, with proper nouns and the first word of the
title and subtitle capitalised; followed by the title of the journal (in italics and capitalised) and the volume number (in italics); then the issue
number in parentheses. The page range is added last. Like this template:
Author, A. A. (Year). Article title. Journal Title, Volume(issue), pages.
Bibliographic elements required: Journal title: Harvard Business Review
Article title: The quest for resilience
Authors: Gary Hamel and Liisa Valikangas
Published in 2003, vol. 81, no. 9, pp. 52-63
Each bibliographic element is positioned in the reference like this: Hamel, G., & Valikangas, L. (2003). The quest for resilience. Harvard Business Review, 81(9), 52-63.
Updated 1 0 September 20 12 Page
Periodical Print
from the
In-Text Example
Reference List Example
APA
examples
Manual
Include the issue number only if each issue of the journal begins on
Journal article
… (Hammil , 1990). Hammill, D. D. (1990). On defining learning disabilities: An emerging consensus. Journal of Learning Disabilities, 23(2), 74-84. For a monthly magazine, include the month in the date; for a weekly,
Magazine article
include the day also.
… (Walker, 1990). Walker, R. (1990, April 16). Cultural continuities. Listener, 126, 24-26. (Johnstone, 1992) Johnstone, B. F. (1992, May 28). Treaty claim upheld. The Daily Newspaper
Telegraph, p. 2. article
Updated 10 September 2012

Legal Materials
Use this guide if you want to cite and reference:   Acts of Parliament   Regulations   Bills   Cases  The guidelines given here are based on a combination of APAcitationsty for legal materials, and some general conventions for New Zealand as described in the following publication: McLay, G., Murrary, C., & Orpin, J. (2011). New Zealand law style guide (2nd ed.). Available from http://www.lawfoundation.org.nz/style- guide/index.html Acts, Bills and Regulations are presented in a similar style. Do not italicise the title of the legislation in the body of your work or in your reference list. The first citation of an Act, Bill or Regulation within your text should be in full. For subsequent citations of the same item the date may be removed. Page
Legal Materials
In-Text Example
Reference List Example
APA
Manual
The Companies Act 1993 APA is an American citation style, therefore it does not have details
Act of Parliament prohibits…
on referencing New Zealand legislation. The format described here is
sufficient in most courses. The retrieval date is included due to
… (Companies Act 1993). changes resulting from Amendments.
If you are referring to a
Companies Act 1993. Retrieved May 10, 2012, from particular section of the
Act, give the section
number ‘s 32'or numbers
‘ss- 26'17.
Updated 10 September 2012 Sections reference list:
The Fair Trading Act 1986 s Fair Trading Act 1986. Retrieved May 24, 2012, from Brookers Online Statutes of New Zealand database. According to the Fair Trading Act ss 17-26 the … If you are studying a law course, more detailed formats may require
you to follow guidelines specific to legal references.
(Fair Trading Act 1986) If you have used an Act from a book that contains a compilation of
Books of
legislation, give the name of the Act, the title of the book and the
publication details.
Fair Trading Act 1986. Introduction to New Zealand commercial legislation. (2010). Auckland, New Zealand: CCH New Zealand. When referring to a Bill in
In your reference list, give the official name of the Bill, including the
the main body of your text,
year it was introduced and the Bill number.
give the official name of the
Consumer Law Reform Bill 2010 (287-1) Bill, including the year it
was introduced and the Bill
If you have used an electronic version of a Bill, include the name of
the database or website you retrieved it from.
The Consumer Law Reform Consumer Law Reform Bill 2010 (287-1). Retrieved from Brookers Online Bills of New Zealand database. If you are referring to a
Consumer Law Reform Bill 2010 (287-1). Retrieved from specific version of a Bill,
include the version number.
The Consumer Law Reform Bill 2010 (287-1) prov Updated 10 September 2012 If you are referring to
specific clause, give the
clause number (cl) or
numbers (cls).
The Consumer Law Reform Bill 2010 (287-1) cl 7 The Consumer Law Reform Bill 2010 (287-1) cls 9-10 Clause 12 of the Consumer Law Reform Bill 2010 (287-1) When citing regulations in
Health & Safety in Employment Regulations 1995 your text use the title that is
given in the "
Health & Safety in Employment Regulations 1995. Retrieved May 10, 2009, from Brookers Online Regulations of New Zealand the regulations. This reads,
cited as …".
Health & Safety in Employment Regulations 1995. Retrieved May 10, Health & Safety in Employment Regulations The Health & Safety in Employment Regulations The specific sections of a
regulation are known as
regulations (regs). Give the
Updated 10 September 2012 regulation number (reg) or
numbers (regs). These may
be abbreviated
Health & Safety in Employment Regulations Duties are clearly set out in the Health & Safety in Regulations 1995, regs 54- Regulation 13 of the Health & Safety in Employment Regulations 1995 . When citing legislation from other countries, give the jurisdiction in parentheses after the title if it
is not clear from the context.
Adoption and Children Act 2002 (UK) For federal jurisdictions (such as Australia , Canada, USA) identify the source of the legislation
(federal, state or provincial).
Children (Care and Protection) Act 1987 (NSW) Child Care Act 1972 (Cth) For particular conventions for specific countries the following guides are available: Updated 10 September 2012 United States
Publication manual of the American Psychological Association (6th ed.). (2010). Washington, DC: American Psychological Association. See Appendix 7.1: References to legal materials. Australia
Australian guide to legal citation (3rd ed.). (2010). Available from The form for unreported
List cases alphabetically by title.
cases is:
Party Name v Party Name,
court abbreviation,
Kerr v Accident Rehabilitation and Compensation Insurance Corporation, location, file no., date of
HC, Christchurch, AP7/01, 18 June 2001. judgement.
Matsuoka v LSG Sky Chefs New Zealand Ltd [2011] 9 NZELC 93,828 Kerr v Accident Rehabilitation and Compensation Insurance Matsuoka v LSG Sky Chefs New Zealand Ltd [2011] 9 NZELC 93,828. Corporation, HC, Retrieved from CCH New Zealand Employment Law Cases Christchurch, AP7/01, 18 The court abbreviation and
location are not required for
the Supreme Court and
Court of Appeal as these
courts will be evident from
the file number (eg.
CA339/03) and they have
only one location.
The form for cases
published in a report series
Updated 10 September 2012 is: Name v Name (Year
of reporting) Volume No
Report Series First page
The name of the case
should be italicised.
Matsuoka v LSG Sky Chefs
New Zealand Ltd (2011) 9
NZELC 93,828
The year of reporting is
given in square brackets for
report series where the date
is the primary means of
locating the case (due to
the volume numbers
repeating each year), and in
parentheses for series
where the volume number
is sufficient for locating the
case (due to a consecutive
sequence of volume
numbers). The report series
name should be
abbreviated.
To refer to a specific page,
separate it from the
beginning page.
Updated 10 September 2012 Matsuoka v LSG Sky Chefs New Zealand Ltd (2011) 9 NZELC 93,828 at 93,833
Give the full reference when
citing the case in your text
for the first time. If you will
be referring to it more than
once, add an abbreviated
title in parentheses after the
formal title for use in
subsequent citations.
Matsuoka v LSG Sky Chefs
New Zealand Ltd (2011) 9 NZELC 93,828 (Matsuoka Updated 10 September 2012

Sociolinguistic Analysis of Twitter in Republic of Korea Research Institute University of London Republic of Korea be a political statement with wide-ranging implications. In some In a multilingual society, language not only reflects culture and her- cases, governments subsidize programs to save a language from itage, but also has implications for social status and the degree of