Your guide to coumadin(r)/warfarin therapy 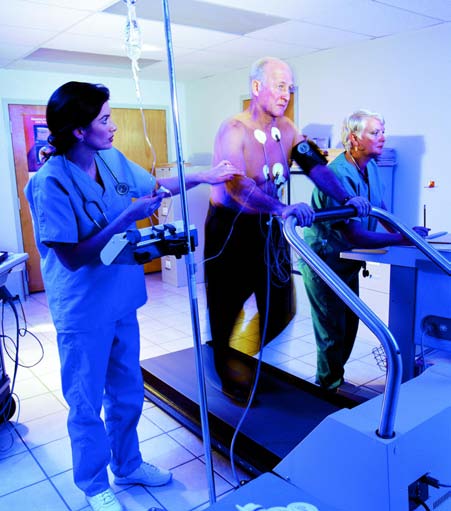 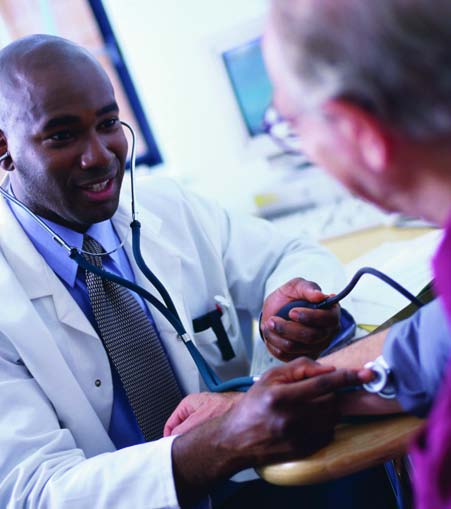 Your Guide to
Coumadin®/Warfarin
Therapy


This booklet is based on a product developed by Carla Huber, A.R.N.P., M.S., Cedar Rapids Community Anticoagulation Clinic, Cedar Rapids, Iowa, under Agency for Healthcare Research and Quality (AHRQ) Grant No. 1 U18 HSO15830-01 to Kirkwood Community College.
This document is in the public domain and may be used and reprinted without special permission. Citation of the source is What Coumadin®/Warfarin is and What it How to Take Coumadin®/Warfarin.5 Possible Side Effects .7 Stay Safe While Taking Coumadin®/Warfarin.9 Use of Other Medications .11 Diet for Coumadin®/Warfarin Users .14 Share Information With Your Other Doctors.16 Specific Conditions .17 Atrial Fibrillation .17 Deep Vein Thrombosis.17 Heart Valve Replacement .18 Peripheral Vascular Disease.18 Pregnancy and Breastfeeding.19 Pulmonary Embolism.20 Valvular Heart Disease .21 Introduction
Your doctor, nurse, or other health professional
has started you on the medication Coumadin®/warfarin. Patients who are on Coumadin®/warfarin must be watched closely. You will need to have blood drawn often. You will also need to be careful that you do not do something to hurt yourself and cause bleeding. Your doctor will work with you to keep you healthy and safe while you are taking Coumadin®/warfarin.
Starting on a new medicine, especially one you may have to take for a long period of time, may make you worry. To help you learn about your medication, your doctor has given you this booklet to take home and read. The information in the booklet will help you understand why you are taking Coumadin®/warfarin and how to keep yourself healthy. Please take time to read all of the information in the booklet. If you have any questions call your doctor. n Your doctor is here to help you.
Call if you have questions.
n Your doctor's phone number is: 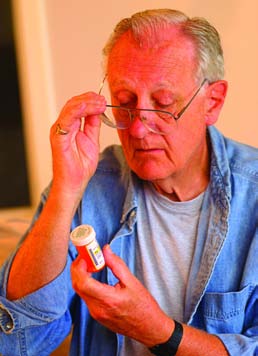 You can stay healthy even when you have a health problem that needs special medication. You and your doctor will work together as a team to make sure that taking a medication like Coumadin®/warfarin does not stop you from living well and safely.
What Coumadin®/Warfarin is
And What it Does for You
If your blood is too thick and forms clots, you could be at risk for heart attack, stroke, and other problems. Coumadin®/ warfarin is a medicine that will keep your blood from clotting. The drug is an anticoagulant.
"Anti" means against and "coagulant" means to thicken into a gel or solid. Sometimes this drug is called a blood thinner. Think of syrup being poured—it is sticky and thick and flows slowly.
Coumadin®/warfarin helps your blood flow easier Coumadin®/warfarin will:
n Keep your blood from making clots.
n Help your blood flow easily. 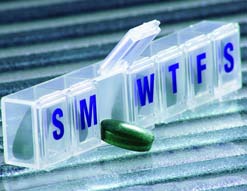 Always take your pills as directed. You must take the
pills only on the days your doctor tells you to. The amount of Coumadin®/warfarin each person needs is different. The dose is based on a blood test called the INR (International Normalized Ratio). The amount of medication you take may change, based on the blood test. It needs to be taken at the same time, usually in the evening.
Coumadin®/warfarin can be medications. Never skip a dose and never take a double dose. If you miss a dose, take it as soon as you remember. If you don't remember until the next day, please call your doctor for instructions. If this happens on a weekend or holiday, skip the missed dose and start again the next day. Mark the missing dose in a diary. A daily pillbox will help you keep track of your dose. n Go for blood tests as directed.
n Never skip a dose.
n Never take a double dose.
n Take Coumadin®/warfarin in the evening at the same time as directed by your doctor.
Blood Tests
The doctor decides how much
Coumadin®/warfarin you need by testing your blood. The test measures how fast your blood is clotting and lets the doctor know if your dosage should change. If your blood test is too high, you might be at risk for bleeding problems. If it is too low, you might be at risk for forming clots. Your doctor has decided on a range on the blood test that is right for you. Coumadin®/ warfarin is like balancing a scale. If you take too increase bleeding; if you take too little, your blood will clot. Getting your blood within the target range is getting it balanced. When you first start taking Coumadin®/warfarin you may have your blood checked often. Once the blood test is in the target range and the correct dose is reached, this test is done less often.
Because your dose is based on the INR blood test it is very important that you get your blood tested on the date and at the time that you are told.
Illness can affect your INR blood test and your Coumadin®/warfarin dose. If you become sick with a fever, the flu, or an infection, call your doctor. Also call if you have diarrhea and vomiting lasting more than 1 day. 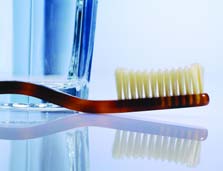 Know your INR blood test range.
n My INR blood test range is: Possible Side Effects
Side effects with Coumadin®/warfarin may
happen. Most side effects relate to how the medicine works. To lower the risk of bleeding, your blood Coumadin®/warfarin level will be kept within a range that is right for you. Even when your INR blood test is in range, you might see a little bleeding like bruises on your body or slight gum bleeding when you brush your teeth. Some people may experience hair loss or skin rashes, but this is rare. If you notice something wrong that you feel may be caused by your medication, call your doctor.
Slight bleeding—you may notice from time to
Gum bleeding while brushing teeth.
Easy bruising.
Bleeding after a minor cut that stops within a few minutes.
Menstrual bleeding that is a little heavier than normal.
Major bleeding—call your doctor, or go to
the hospital emergency room right away if
you have any of the following:
Red, dark, coffee, or cola colored urine.
Bowel movements that are red or look Bleeding from the gums or nose that does not stop quickly.
Vomit that is coffee colored or bright red.
Anything red in color that you cough up.
Severe pain, such as a headache or Sudden appearance of bruises for no Menstrual bleeding that is much heavier than normal.
A cut that will not stop bleeding within 10 A serious fall or hit on the head.
Dizziness or weakness. 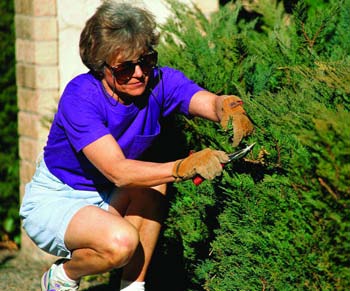 You will need to be careful using objects, such as
knives and scissors, that could make you bleed.
You will need to avoid some activities and sports that could cause injury. For example, it is not a good idea to take them, you need to think about how you can protect yourself from injury. For example, if you like to work in the yard, be sure to wear sturdy shoes and gloves. Activities that would be safe for you include swimming and walking. It is very important to know that you can be bleeding and not see any blood. For example, you could fall and hit your head, and bleeding could occur under your skull. Or, you could fall and hurt your arm and notice a large purple bruise.
This would be bleeding under the skin. Call your
doctor or go to the hospital immediately if
you have taken a bad fall, even if you are not

Talk to your doctor about wearing a medical alert bracelet or necklace. If you are badly injured and unable to speak, the bracelet would tell health care workers that you are on Coumadin®/warfarin.
Stay active.
Exercise is important to your health.
Think about the sports and activities youlike doing. Do they put you at risk forinjury? If so, try another activity and useprotective gear to keep you safe while you are doing it. For example, if you liketo ride your bike, be sure you wear ahelmet and gloves. If you would like tostart a new activity that will increase theamount of exercise you get every day,talk to your doctor.
To prevent injury; be careful:
Be very careful using knives and scissors.
Use an electric razor.
Use a soft toothbrush.
Use waxed dental floss.
Do not use toothpicks.
Wear shoes or non-skid slippers in the Take care trimming your toenails.
Do not trim corns or calluses yourself.
Always wear shoes.
Be very careful with sharp tools; wear gloves when using them.
Avoid activities and sports that can easily Wear gardening gloves when doing yard Stay active.
Use of Other Medications
When Coumadin®/warfarin is taken with other
medicines, it can change the way other medicines work. Other medicines can also change the way Coumadin®/warfarin works. It is very important
to talk with your doctor about all of the other
medicines that you are taking, including over-
the-counter medicines, antibiotics, vitamins,
or herbal products.
Any product containing aspirin may lessen the
blood's ability to form clots and may harm you
when you take Coumadin®/warfarin. If you take
a daily aspirin, talk with your doctor about
what dose it right for you.
Other medicines you get over-the-counter may have aspirin in them. All medications must be approved by your doctor, including medicines you have taken before you started Coumadin®/warfarin. Following is a list of some common medications that should be approved by your doctor.
Pain relievers, such as: Naproxen (Aleve®).
Ibuprofen (Advil®, Motrin®, Nuprin®, Midol®, Pamprin HB®).
Stomach remedies, such as: Cimetidine (Tagamet HB®).
Bismuth Subsalicylate (Pepto Bismol®).
Laxatives and stool softeners.
Herbal products, such as: 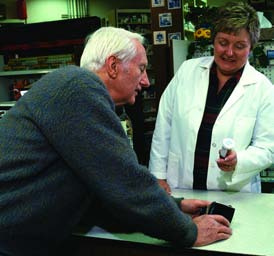 IATA Dangerous Goods Regulations 50th Edition (English) Effective 1 January 2009 ADDENDUM Posted 23 December 2008 Users of the IATA Dangerous Goods Regulations are asked to note the following amendments and corrections to the 50th Edition, effective from 1 January 2009. Where appropriate, changes or amendments to existing text have been highlighted (in yellow - PDF or grey - hardcopy) to help identify the change or amendment.