(April-September, FY2013) Board of Directors Advancing Towards Legalizing MiCare Presence in Manila The FSM Assistant Attorney, Mr. Joses Gallen accompanied by the MiCare Administrator, Nena S. Nena met with a Makati based law firm last October 14, 2013 to discuss the possibility of extending legal as- FSM National Government sistance to MiCare. There is a need to register in the Philippines as a foreign entity the representative Office Francis Giltongin of MiCare Main Office to perform non-profit medical referral coordination hence the meeting with this law (Chuuk seat stil vacant) FSM Assistant AG, Joses Gallen discusses MiCare presence in Manila with Attorney Gerry Paras and The outcome of the discussions and understand- ing between the two parties led to the eventual execution of a retainer agreement between the lead Attorney, Mr. Paras and the MiCare Administrator. Based on the agreement, the following documents will be furnished by MiCare: (1) A MiCare Manila Office to Resolution Adopted by the MiCare Board of Directors approving the establishment of a Rep- resentative Office in the Philippines; (2) Copy of the MiCare Law in lieu of the Charter of Corporation; and (3) Copy of the MiCare Regulations. Unaudited Net Assets Pi cks Up in FY13 Based on the commitment by the law firm, they will assist MiCare to register and file all the necessary documents with the appropriate agencies within the Philippine Government. ( Continue on page 7) Referral to Guam in 2013 Fun Walk Winners, McDonald Marcus won the overal page 15. More photos on Male and 18 Years and under age Unified Bil ing System is categories at 19.13 minutes. negotiation with CMC Administrative Budget Approved at 8% of Projected Revenue Diseases Tops Causes of The projected revenue for the new fiscal year2014, is about Administrative Cost $6.3 million based on the prelimi- nary listing of membership enroll- Clinical Diagnosis in ment. The Management and staff requested and was approved by the Board of Directors, 8% of projected SPC: Pacific HIV Gets revenue or about $505,000 for Ad- International Attention ministrative Budget as shown in the breakd By law, the annual administrative budget s hould not ex ceed 10% of the projected Ambassador Zhang revenue in each fiscal year. Personnel budget makes up about 71% of the Administrative budget, followed by the Contractual services at 16%. Major activities under the contractual include the Medical Claim Audit, Pharmacy Audit and the Actuarial Survey. 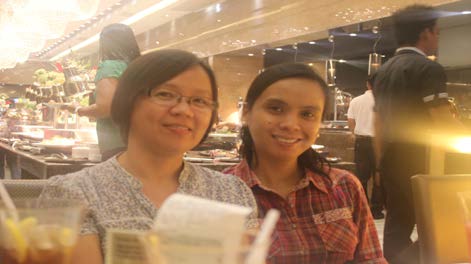 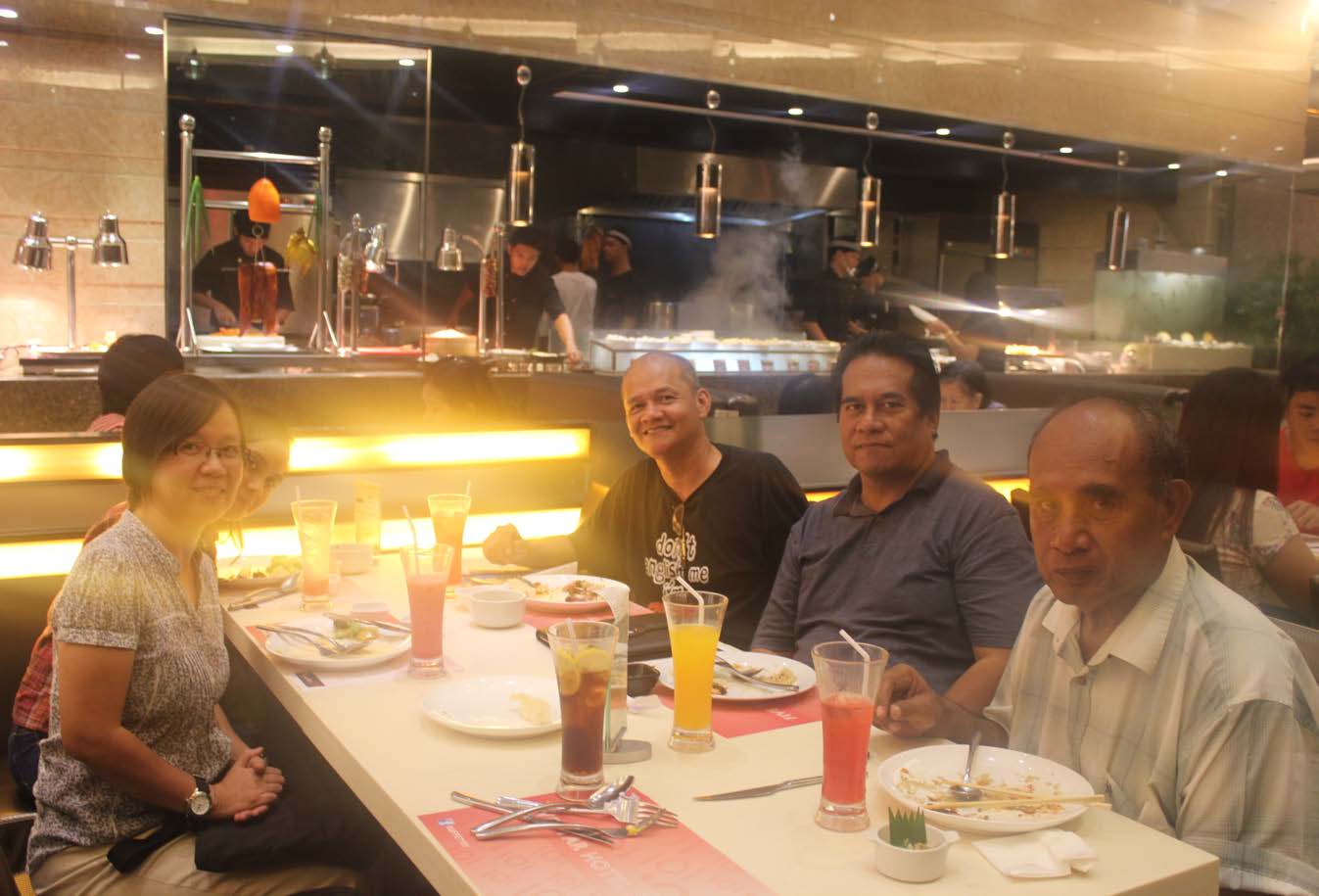 Bits and Pieces!! 3. Actuarial Survey is Scheduled for 1. MiCare Manila Office on the Verge of The FSM laws require that MiCare perform During a staff meeting in Manila last October 11, the actuarial survey every 3 years to review the financial Administrator informed the Manila based staff that if health of the health insurance plan and to recom-the presence of MiCare office in the Philippines will mend ways and means to improve its financial sol-cause legal ramification, it is more likely that closure vency, including possibility of premium adjustments of our operation as a referral coordination office will and legal actions to adjust coverage and exclusions. be soon in effect. One possible option is to close The first actuarial survey was done in 2007. the MiCare Due to the financial constraints, subsequent surveys in could not be carried out . There was an attempt in Manila until 2010 but no consultants were interested because of ongoing ne- the low bid amount. The next actuarial survey will be performed the between January and March 2014. Bidding an- Manila Staff: Glenda Remo, Rogean and Peter Gugol Philippines nouncements have been published and sent out to G o v e r n - the prospective consultant groups. ment has become official. 4. POHNPEI STATE TAKES SERIOUS STEPS TO AD- Another option is to place our Manila opera- DRESS NCD EPIDEMICS CRISES tion under a Third Party Administrator (TPA). Sev-eral prospective TPAs have approached MiCare and Governor of Pohnpei, the Honorable John Esha, some voluntarily expressed interests to coordinate recently issued an Executive Directive establishing MiCare's referral programs in Manila. MiCare also measures to seriously address the None-Communicable informed the Manila Office staff to establish their Disease epidemic in Pohnpei. The Executive OrderNo own TPA, if interested. 01-10 cited the status of NCD in Pohnpei based on the Several unscheduled meetings were also con- recent Step Survey conducted in Pohnpei: ducted to discuss the interest of organizations and 1. 32.1% of adults have Diabetic Mellitus; 2. 73.1% of the NCD patients are suffering individuals who may have the potential to become from obesity or overweight caused by fat; 3. 21.2 % of NCD epidemic patients are suffer- ing from hypertension (high blood pressure); 2. FY2014 Admin Budget (Story on page 1) 4. 46.6% of NCD epidemic patients are suffer- ing from hyperlipidemia (excessive of fat) After the Board approved the FY2014 Adminis- 5. 63.8% of NCD epidemic patients are suffer- trative Budget, the table below shows the adjusted alloca- ing from physical inactivity. tion for each budget activity. (story on page 1) The Executive Directives calls for the establish- ment of a NCD Task Force "to formulate, coordinate and manage a Pohnpei State NCD Strategic Plan to ad- $381,926 $358,729 dress the crises" and further calls upon all leaders, gov-ernment and non-governmental organization to assist the NCD Task Force in the implementation of the NCD Strategic Plan. 3 Fixed Assets $39,250 $1,500 The Task Force will monitor and report to the Governor about its progress. The Executive Order was issued last November $646,692 $505,620

ci l Status Reports (Octo By Davelyn Welles David Statement of Net Assets Cash and cash equivalents Premium receivable Accounts receivable, net Prepaid expenses Total current assets Noncurrent assets: Fixed assets, net LIABILITIES AND NET ASSETS Current liabilities: Accounts payable - medical claims Accounts payable- others Total liabilities Commitments and contingencies Invested in fixed assets Total net assets Total liabilities and net assets NET ASSET PICKS UP in FY2013 but is still Net Asset: FY2005-FY2013 below the levels attained in FY2010 and FY2011 based on the unaudited Statement of Net Assets presented recently by the Accounting Division of MiCare. The FY2013 closes with a net asset of $633,926 about $276,326. more than in FY12. This is about 44% increase from the audited FY2012 Net Asset of $357,600. A fluctuating trend in the Net Asset will continue into the ensuing years until a stabilization measure is taken up to ensure a continuous upward growth. Stabilization action would include the adjustment to the premiums fees and exclusions of the pre-existing conditions, among other things. (see table at left) The News & Updates MiCare Is Bound Towards Financial Weaken- Promissory Notes Complying Members ing Due to Unpaid Promissory Notes 1. Jimmy Eldridge 8. Arsenia Ligohr Since 2010, MiCare instituted an easy repay- 2. Guston Lighor 9. Carmen Ngirmidol ment approach to assist referral patients who en- 3. Santos Wilson 10. Mirah Waguk counter difficulties in advancing 50% of prosthesis 4. Parmenio Pelep 11. Ismael Lebehn (artificial hips, stent, etc.) costs. The approval proc- 5. Julie Gilmete 12. Reynold Seymour ess included a notarized Promissory Note commit- 6. Julie Solomon 13. Apeleen Nayor ting a patient and/or family members to pay back the amount owed upon returning from referral treat- The period of repayment, as stipulated in the A Very Big Thank You! signed Promissory Note is six (6) months. As of the end of fiscal year 2013, the total amount under the Promissory Notes was $157,178. AN APPEAL TO THE RECIPIENTS OF THE About 40% , or $63,082 has been paid off, and 60% or $94,096 has not been paid. If the unpaid amount is increased or the cur- Since 2010, The Promissory Notes Has Been Very Help- rent unpaid balance is not paid in a timely fashion, ful To Nearly 100 Referral Patients, And The Number Is there will be a significant adverse impact to the op- Growing By Every Week. erations of MiCare. In Order To Continue The Program and Not To Inter- The Management of MiCare is considering rupt Your Future Access, Please Come To MiCare and developing remedial actions to avoid financial weak- Settle Your Account By Settling Your Account, We ening of its operations. While we are contemplating Will Avoid The Following Inconveniences To Both Mi- to come up with some administrative actions, we Care and You: (1) Decision to stop the program; (2) also wish to thank all those MiCare members and Denial to the program's access; (3) Hiring a Collec- families who have paid off their Promissory Notes. PLEASE, VISIT MICARE OFFICES IN ALL THE FOUR STATES, NOW! Reserved Fund Glides Over 50% of Target The MiCare Board of Directors has established a Reserved Fund level of $2.5 million as a target for the next five years. As of the end of FY2013, the level of the Reserved Fund has just glided over the 50% of the target with about $1.4 million. Due to the unpredictability of level of demands for covered services, especially off-island referrals, a reserved fund was established by the MiCare law. The Board of Directors accordingly established in 2012 $2.5 million as a target which could hope- fully be reached within the next few As shown on the chart at left, a gradual glide is shown since fiscal year 2010 and subsequently $1.0 million, following by $1.2 mil. In fy2011, $1.3 mil in fy2012, and as the FY2013 has yet to be audited, it shows a new level of $1.4 million. 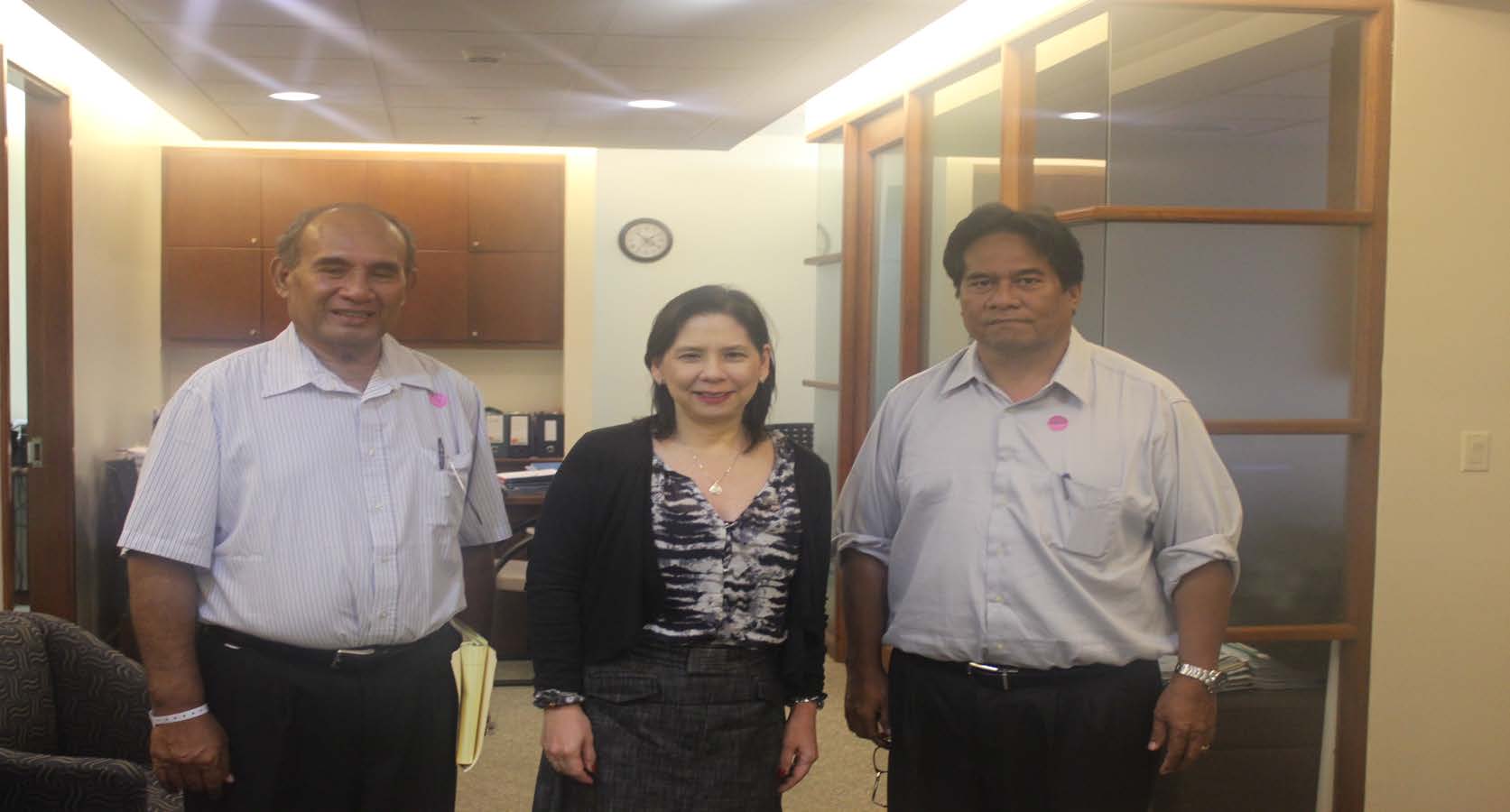