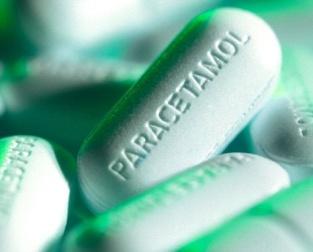 A new treatment protocol for paracetamol overdose was introduced in Ireland on January 7th 2013. This follows approval by the Irish Medicines Board of a simplified guidance on the treatment of oral paracetamol overdose with PARVOLEX
(acetylcysteine). The paracetamol nomogram has been updated to include only one treatment line and risk factors are no longer considered. PARACETAMOL NOMOGRAM
 Plasma paracetamol levels can not be
interpreted if blood is taken less than 4 hours post-ingestion. Check the units and time of ingestion carefully when using the graph.  Give acetylcysteine if the paracetamol level is above the treatment line.  Give acetylcysteine if there is any doubt about the timing of the overdose.  Do not use the graph if your patient has taken a staggered overdose or chorinc therapeutic excess. Clinical judgement should be used to determine the need Time (hours)
for treatment in these patients.
Key Changes:
 Patients who have, or may have, ingested >75mg/kg in an acute overdose will be now referred to hospital for assessment.  All patients who have taken a staggered paracetamol overdose, chronic therapeutic excess or an overdose with unknown time of ingestion will now be referred to hospital for assessment regardless of ingested dose.  Risk factors are no longer considered when determining the need for antidotal treatment. Acetylcysteine is indicated for all patients who have a plasma paracetamol level above a line joining 100mg/L a t 4 hours and 15mg/L at 15 hours on the paracetamol graph (see above).
 The duration of administration of the 1st dose of acetylcysteine (150mg/kg) has been increased from 15 minutes to 60 minutes in order to reduce the risk of an anaphylactoid reaction.
Ingestion of oxidising agents is an uncommon but potentially a serious cause of methaemoglobinaemia. A range of pharmaceutical and industrial agents including nitrates, nitrites, Dapsone, aniline, and chlorates have the potential to cause methaemoglobinaemia and exposure to these agents can cause prolonged Case Report
A female patient who took an overdose of Dapsone was admitted to the Emergency Department with a GCS of 3/15 and a MetHb concentration of 45%. She received 2mg/Kg of methylene blue and her MetHb concentration quickly fell to 15%. Within 2 hours it rose again to 35% and she appeared cyanotic. Additional bolus doses of methylene blue were administered over the next 72 hours and on each occasion her MetHb concentrations fell and then rose again by 20% every two hours. On day 3 she was extubated but was desaturating to 80% on room air so she remained on supplemental oxygen for a further 48 hours. Her platelets were low but there was no evidence of haemolysis. She received her last dose of methylene blue on day 4 and methaemoglobinaemia did not recur. Methaemoglobin is formed when the iron moiety in haemoglobin is oxidised from the ferrous (Fe2+) state to the ferric (Fe3+) state; normal levels in whole blood do not exceed 1-2% but increased oxidant stress can cause methaemoglobinaemia. At high levels, there can be symptoms of cellular hypoxia and cyanosis. Some oxidising agents product cyclical methaemoglobin and have a slow rate of elimination; patients who have been exposed to these agents may have recurring methaemoglobinaemia and will require prolonged treatment. Heinz-body haemolysis can occur 12-24 hours after episodes of methaemoglobinaemia. SYMPTOMS:
<10% - Frequently asymptomatic 10%-20% - Cyanosis, chocolate brown blood 20%-50% - Dizziness, fatigue, headache, exertional dyspnoea, palpitations 50%-70% - Tachypnea, seizures, cardiac arrhythmias, metabolic acidosis, coma >70% - Grave hypoxic symptoms, death DIAGNOSIS:
Generalised cyanosis in the presence of a normal arterial PO2 suggests methaemoglobinaemia. ABGs and pulse oximetry will not accurately diagnose methaemoglobinaemia: ⦁Arterial PO2 reflects the total dissolved oxygen in plasma and assumes the presence of normal haemoglobin. Calculated oxygen saturation will be falsely elevated in the presence of methaemoglobin. ⦁ Pulse oximeters determine oxygen saturation by differentiating between oxyghemoglobin and deoxyhemoglobin; methaemoglobin is not identified and high concentrations will cause unreliable pulse oximeter readings. If methaemoglobinaemia is suspected, diagnosis should be confirmed using a co-oximeter.
TREATMENT: Symptomatic patients should be given high concentrations of oxygen. Check MetHb levels.
Give methylene blue if MetHb levels are >20-30% or if there are signs of tissue hypoxia (seizure, coma, chest pain). Repeat doses may be required for recurring methaemoglobinaemia. Treat seizures conventionally. Monitor for onset of haemolysis; exchange transfusion may be required in life-threatening cases. 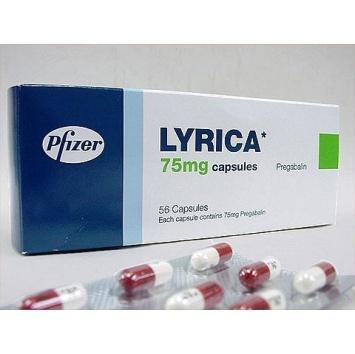 Methylene Blue (methylthionium chloride)
Leukomethylene blue  Methylene blue is an oxidising agent which in the presence of NADPH and NADPH methaemoglobin reductase is reduced to leukomethylene blue.  Leukomethylene blue is then available to reduce the ferric iron in the MetHb molecule back to ferrous iron. Occupational Methaemoglobinaemia Bradberry S, Ching AT, Williams N, Vale JA. Occup Environ Med 2001; 58: 611 Adults and Children: 1-2mg/kg of 1% solution (ie 0.1-0.2mls/Kg of a 1% solution)given by slow IV injection
over 5 minutes. Repeat dose in 30-60 minutes if no response.
Methaemoglobin concentration should be measured and repeated 1-2hours after therapy to assess effectiveness; repeated doses may be required. Note: High methylene blue concentrations can interfere with metHb concentrations causing a falsely low result. Doses of >15mg/Kg can cause haemolysis and should be avoided. Adverse effects can include nausea, headache, and blue-green discolouration of the urine. PREGABALIN
Pregabalin (Lyrica) is an antiepileptic drug used in the treatment of partial seizures. It is also used to treat generalised anxiety disorder, neuropathic pain, and fibromyalgia. Enquiries to the Poisons Centre about pregabalin overdose have increased steadily over the past 5 years with a 10-fold increase for 2008 to 2012. In most cases, pregabalin was co-ingested with other drugs and drowsiness was the most common symptoms. The mechanism of action of pregabalin is uncertain; it is thought to bind to subunits of calcium channels and decrease the release of several neurotransmitters including glutamate and noradrenaline. Pregabalin is rapidly absorbed after oral doses and peak plasma concentrations occur within 1.5 hours; the mean elimination half-life is 6.3 hours. Common adverse effects following therapeutic use include dizziness and somnolence. In overdose severe CNS depression and coma have been reported. There can also be non-specific gastrointestinal and musculoskeletal symptoms, cerebella features, and less commonly syncope, congestive heart failure, elevated creatine kinase, rhabdomyolysis and reversible renal failure. Myoclonus has also been reported in a patient with underlying chronic renal failure (Yoo et al, Am J Kidney Dis 2009). No fatalities have been Treatment is supportive with airway management as required. Symptoms usually develop within 6 hours after ingestion. In symptomatic patients, check U&E's and creatinine. Haemodialysis can enhance the elimination of pregabalin with a clearance of approximately 50% in 4 hours but case reports of patients with normal renal function reported good outcomes with supportive care alone (Wood et al, Je Med Toxicol 2010). 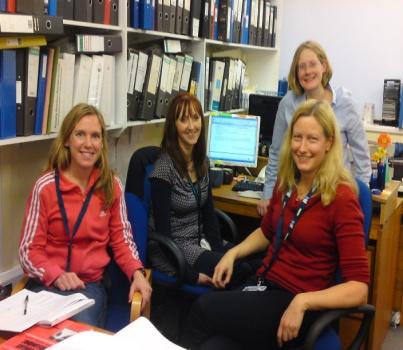 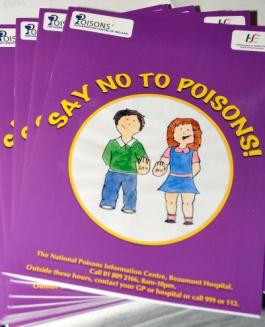 In November 2012, we welcomed two colleagues from the Swedish Poisons Inforamtion Matilda Backberg, Centre in Karolinska Hospital, Stockholm. Their Elaine Donohoe, visit provided a useful opportunity to compare Dr Edel Duggan Katarina Luhr recent trends in poisoning in our two coutries and discuss ongoing research projects in both centres. Of note in Sweden is a rise in the use of two new Hyperthermia, rhabdomyolysis and DIC have drugs of abuse: Benzo Fury (benzofuans) and 5-
IT (aminorpropylindole). Both of these drugs
Diazepam or haloperidol may be used to treat cause hallucinations and stimulant effects and agitation caused by these stimulant drugs; in symptoms can persist for a number of days. severe cases, sedation, intubation and ventilation Benzo Fury is structurally related to the has been required. Serotonin syndrome may amphetamines and has potent serotonergic develop so monitor temperature closely and treat activity. 5_IT is structurally related to the hallucinogenic tryptamines (e.g. LSD) and has been Cyproheptadine may be useful to treat serotonin implicated in a number of fatalities in Sweden. syndrome; if this is being considered, discuss these Stimulant effects are common and there can be cases with the Poisons Information Centre. severe anxiety, hallucinations and psychosis. SAY NO TO POISONS!
Following the launch of the "Say No to Poisons" activity pack last year, we were delighted when all the hardwork undertaken by our colleague Nicola Cassidy was acknowledged with commendations at both the 2012 Irish Healthcare Awards (Patient Lifestyle Education category), and the Astellas Changing Tomorrow Awards (Innovation category). These awards recognise creativity and excellence in healthcare initiatives and we would like to say congratulations to everyone involved in this project. "Say No To Poisons" was the result of a successful collaboration between the NPIC, the HSE, Co. Carlow VEC and Early Childhood Ireland. The project aims to provide healthcare workers, childcare professionals, parents and caregivers with simple, easy to follow poison prevention techniques. The "Say No to Poisons" storybook teaches pre-school children that they should always ask an adult if something is safe to eat or drink; to date over 4000 books have been distributed to childcare organisations around the country. The storybook and resources can be downloaded from the "Public-Educational Resources" section on Elaine Donohoe (Specialist in Poisons Information), Dr Edel Duggan (Medical Director) National Poisons Information Centre, Beaumont Hospital, Dublin 9, Tel: (01) 837 9964 / 809 2566. Fax: (01) 836 8476.

Volume 2 Spring 2007 REAP THE BENEFITS OF LOWERING LDL CHOLESTEROL BELOW 70 Over 50 percent of the U.S. population have cholesterol levels that are considered New patient enrollment to be too high. High blood cholesterol, also called hypercholesterolemia, is known tosignificantly lead to heart disease and stroke. Sometimes, no matter how much a person controls their diet, weight, exercise and medical conditions, it just isn'tenough.

[Indian J Chest Dis Allied Sci 2011;53:121-125] Community Pharmacy-Based Asthma Services—What Do Patients Prefer?Pradnya Naik Panvelkar, Carol Armour and Bandana Saini Journal of Asthma 2010;47:1085-1093 Background. Patient preferences can influence the their pharmacists to provide were the provision of outcomes of treatment and so understanding and