Journal of Modern Medicinal Chemistry, 2014, 2, 1-9 1
Synthesis, Characterization and Microbial Evaluation of Metal
Complexes of Molybdenum with Ofloxacin (Levo (S-form) and
Dextro (R-form)) Isomers
Qadeer K. Panhwar1,2 and Shahabuddin Memon2,* 1Dr. M. A. Kazi Institute of Chemistry, University of Sindh, Jamshoro, Pakistan
2National Center of Excellence in Analytical Chemistry, University of Sindh, Jamshoro 76080, Pakistan
Abstract: The article describes the interaction of molybdenum with dextrofloxacin and levofloxacin (isomers of ofloxacin)
antibiotic drugs. Characterization of compounds was made by UV-Vis, FT–IR, 1H NMR, elemental and thermogravimetric
analyses. The green colored Mo–dextrofloxacin and yellow colored Mo–levofloxacin complexes were isolated. After
complete characterization, the chemical formulae of the complexes were established as [MoO2(R-Oflox)2] or
[MoO2(Dextro)2] and [MoO2(Levo)2] or [MoO2(S-Oflox)2]. The microbial evaluation was made by well diffusion method for
both ligands and their metal complexes against two bacterial strains, S. aureus and E. coli. It was observed that the
antibacterial action of Mo–dextrofloxacin and Mo-levofloxacin was significantly higher than the dextrofloxacin and
levofloxacin alone against S. aureus, while no action was observed against E. coli.
Keywords: Antibacterial, synthesis, levofloxacin, ofloxacin, molybdenum.
bioavailability of ligands or metal ions or both [6]. Fluoroquinolines are substituted quinolines having a In 1945, Selman A. Waksman firstly used the term fluorine atom at position 6. This fluorine atom may ‘‘antibiotic'' in the title of his book. He defined the term increase gyrase inhibition and cell penetration. Main as "….produced by microorganisms and which possess structural importance is that its piperazinyl subtituent is the property of inhibiting the growth and even of active against Gram –ve bacteria while pyrrolidinyl destroying other microorganisms." Antibiotics may be moiety act against Gram +ve cocci. Whereas position 8 synthetic or semi–synthetic. Many antibiotics do not with substituted function may control anaerobe activity require metal ions to show bioactivities, however, a big [4]. In addition to be broad spectrum antimicrobial number may require metal ions for proper functioning agents, fluoroquinolines may also have some other e.g. bacitracin, bleomycin (BLM), and streptonigrin useful characteristics which may increase its (SN) [1]. The chelate formation may increase the bioavailability, penetration into tissues, safety as well lipophilicity of drug, which may increase the drug action as long term serum half-life. These properties may be because of effectual drug permeability into the site of the basis to make them very efficient agents to treat variety of diseases such as respiratory, soft tissue, urinary tract, and bone-joint infections as well as Quinolines are a popular collection of antibiotics sexually transmitted diseases, typhoid fever, used for treating several bacterial diseases. The community acquired pneumonia, prostatitis, sinusitis, significant growth in the quinoline drug family was and acute bronchitis [7, 8]. observed with the discovery of nalidixic acid in 1962. Till to date, this family has been grown to almost 10 Dextrofloxacin and levofloxacin (Figure 1) are two
thousand analogous. Quinolines have ability to pass well–known examples of fluoroquinolines. through cells easily and hence can be utilized for the treatment of intracellular pathogens such as Racemic ofloxacin (50% Dextrofloxacin and 50% Mycoplasma pneumoniae and Legionella pneumophila Levofloxacin) is synthetic [9] broad spectrum [3-5]. It may be proposed that uncharged quinolines antibacterial agents against G (+ve) and G (–ve) may diffuse through cytoplasmic membranes, where bacterial strains [10, 11] and extensively exercised for presence of metal ion may result in higher uptake of clinical purpose [12]. They inhibit bacterial DNA gyrase, quinolines by bacterial cells relative to only drug. and hence DNA replication and transcription [11, 13, Hence, metal complexes' formation may enhance All bacteria may have an essential enzyme known *Address correspondence to this author at the National Center of Excellence in as DNA gyrase and antibiotics may efficiently target it. Analytical Chemistry, University of Sindh, Jamshoro 76080, Pakistan; Tel: +92 (22) 9213429-30; Fax: +92 (22) 9213431; Quinolines work against DNA gyrase and turn its action E-mail: [email protected]

6 Journal of Modern Medicinal Chemistry, 2014 Vol. 2, No. 1
Panhwar and Memon
Figure 4: Chemical Structures of a) [MoO2(R-Oflox)2] and b) [MoO2(Levo)2] complexes.
complexes during the pharmaceutical development complex at this stage suffers from loss of some species in its structure. It is likely that some part of the bulky ligand molecule is lost at this stage. The third weight loss occurs between the 350 to 550 ºC being approximately equal to 36.5%. This part of curve In the case of Mo–ofloxacin (Figure 5), the first
reflects slow loss showing no apparent signs of stage shows slow weight loss between ambient to 260 decomposition. The bulky molecule in this region ºC due to the loss of moisture/residual solvents, but the shows good stability and volatility (that does not break TG trace in this region also reflects the decreased rate move as a whole). During this stage weight loss and at which solvent molecules undergo loss. This may volatalisation of degradation product take place rapidly. probably be due to the trapping of solvent molecules in Beyond, 400°C the weight loss is about 6–7%. DTA the molecular network of the ofloxacin (R-form). The shows that it undergoes glass transition, shows melting trace also shows two subsequent small weight losses endotherm, undergoes decomposition and finally of the magnitude less than 6% between 260 to 300 ºC. volatilization endotherm accompanied by swelling of This stage is onset of decomposition and it is likely that bulky organic molecule. DTG shows at first the Figure 5: TG–DTG of Mo–Ofloxacin (R-form) complex. 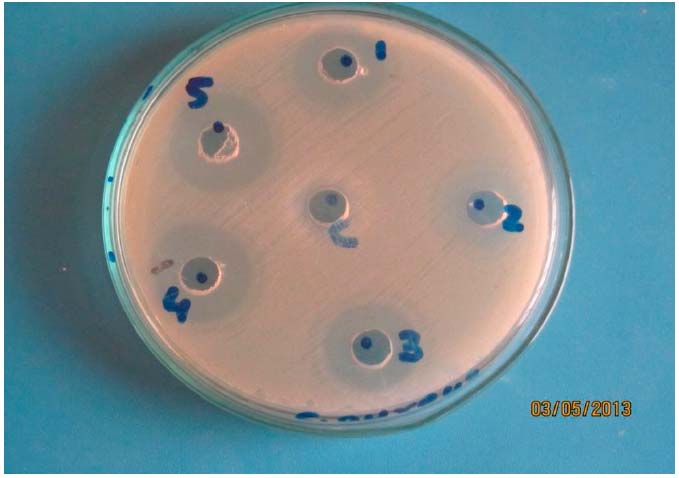 Voter Turnout and Fiscal Policy Raphael Godefroy and Emeric Henry Though a large literature on causes of voter turnout has flour- ished, there is scant evidence on consequences of turnout on policiesimplemented in practice. Using data on French municipalities, andinstrumental variables for turnout based on rainfall and influenza in-cidence, we estimate that a 1 percent increase in turnout decreasesthe municipal budget by more than 2 percent. This effect is medi-ated by a decrease in sales and purchases of physical assets. Witha model of electoral competition, we show that a party with a lowbudget platform has a numerical advantage causing its win whenturnout is high.