Allicin and methicillin-resistant Staphylococcus aureus
Antibacterial activity of a new, stable, aqueousextract of allicin against methicillin-resistantStaphylococcus aureus R R. CUTLER* and P. WILSON† *University of East London, School of Health and Bioscience, Stratford Campus,Romford Road, London E15 4LZ; and Department of Medical Microbiology, The increasing prevalence of methicillin-resistant St Bartholomew's Hospital, West Smithfield, London EC1A 7BE, UK Staphylococcus aureus (MRSA) in hospitals and thecommunity has led to a demand for new agents that couldbe used to decrease the spread of these bacteria. Topical Accepted: 19 March 2004 agents such as mupirocin have been used to reduce nasalcarriage and spread and to treat skin infections; however,resistance to mupirocin in MRSAs is increasing. Allicin is the main antibacterial agent isolated from garlic, butnatural extracts can be unstable. In this study, a new, stable, Control of the spread of antibiotic-resistant bacteria and the aqueous extract of allicin (extracted from garlic) is tested on treatment of infections caused by them is a major problem 30 clinical isolates of MRSA that show a range of worldwide. In particular, methicillin-resistant Staphylococcus susceptibilities to mupirocin. Strains were tested using agar aureus (MRSA) presents major infection control problems for diffusion tests, minimum inhibitory concentration (MIC) patients and hospital staff, as its incidence in Europe has and minimum bactericidal concentration (MBC). Diffusion risen from 3% in 1992 to 37% in 1999.1–4 tests showed that allicin liquids produced zone diameters Topical agents are important in controlling the carriage >33 mm when the proposed therapeutic concentration of and spread of MRSA. Mupirocin (pseudomonic acid), a 500 µg/mL (0.0005% w/v) was used. The selection of this fermentation product produced by Pseudomonas fluorescens concentration was based on evidence from the MIC, MBC (NCIB 10586), is a standard product used to deal with MRSA and agar diffusion tests in this study. Of the strains tested, carriage and to prevent its spread. It has also proved to be an 88% had MICs for allicin liquids of 16 µg/mL, and all strains effective treatment for skin infections and plays a crucial role were inhibited at 32 µg/mL. Furthermore, 88% of clinical in the control of MRSA outbreaks. isolates had MBCs of 128 µg/mL, and all were killed at 256 However, resistant strains were described soon after its µg/mL. Of these strains, 82% showed intermediate or full introduction. Moreover, the increased use of mupirocin, resistance to mupirocin; however, this study showed that a especially for chronic infections, has led to an increased concentration of 500 µg/mL in an aqueous cream base was incidence of resistance. In a recent survey from Spain, levels required to produce an activity equivalent to 256 µg/mL of mupirocin resistance in clinical isolates was reported to have increased from 7.7% in 1998 to 19% in 2000, and somehospitals have reported incidences as high as 63%.2 The continuing spread of MRSA and the increase in Drug resistance, microbial. mupirocin-resistant strains5 highlight the need for alternative topical agents Methicillin resistance. Garlic and its extracts have been used to treat infections Staphylococcus aureus. for thousands of years.6 Allicin (the name being derived from Sulfinic acids.
that of the garlic species Allium sativum) is considered to bethe main biologically active antimicrobial phytochemicalproduced in garlic extracts, and was first recognised as such Pure allicin (allyl 2-propenethiosulphinate)6 is said to be highly volatile, poorly miscible with water and has the Allicin is an oxygenated sulphur compound, formed when odour of freshly crushed garlic.9 In order to produce a stable garlic cloves are crushed. Alliin is the stable precursor of agent that can be used in topical formulations, an aqueous allicin and is stored in compartments in the plant that allicin extract is needed. separate it from the enzyme alliinase (also called alliin lyase).
In this study, a purified aqueous extract of allicin, isolated When crushed, they mix and alliin is converted rapidly to from a natural source by a patented cold aqueous extraction allicin by the action of this enzyme. The antibacterial activity method (Allicin International, Half House, Military Road, of allicin was reviewed by Ankri and Mirelman in 1999.8 Rye, East Sussex, UK) is used. This extract is tested againstmupirocin-resistant and mupirocin-susceptible strains of Correspondence to: Dr Ron Cutler MRSA. Two formulations, liquid allicin and liquid allicin mixed in a cream formulation, are tested. BRITISH JOURNAL OF BIOMEDICAL SCIENCE 2004 61 (2)
BRITISH JOURNAL OF BIOMEDICAL SCIENCE 2004 61 (2) 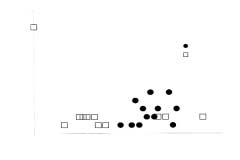 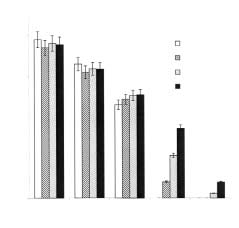 Allicin and methicillin-resistant Staphylococcus aureus
Number of strains Fig. 1. Number of strains and the size of zones of inhibition withallicin (500 µg/mL) and mupirocin against Staphylococcus aureus.
Materials and methods Concentration of allicin (ug/ml) Bacterial strains Fig. 2. Average diameter of zones of inhibition for allicin liquid Thirty clinical isolates and one control strain (Oxford Strain, against Staphylococcus aureus strains that showed resistance, NCTC 6571) of S. aureus were tested. All 30 clinical isolates intermediate resistance or sensitivity to mupirocin. were obtained from the Royal London and St. Bartholomew'sHospitals and had been identified as showing multipleantibiotic resistance. All strains were resistant to methicillin The bacterial inoculum used was approximately Log 6 and had no apparent epidemiological connection colony-forming units (cfu)/mL. Cultures were incubatedovernight at 37˚C and examined for growth the following day. Subcultures of these were used to determine MBC.12 A 5000 µg/mL solution of allicin in water was provided byAllicin International. As it was an extracted product, thepurity of the allicin solution was tested and the concentration confirmed by Allicin International using thehigh-performance liquid chromatography (HPLC) method of Lawson, Wang and Hughes.10 The control strain produced a 35-mm diameter zone ofinhibition to mupirocin. Of the clinical isolates, five strains were identified as fully susceptible (zone sizes 33–45 mm), 12 The allicin liquid and allicin made up in aqueous cream were showed intermediate susceptibility (zone sizes 12–23 mm) tested for antimicrobial activity against MRSA using an agar and 13 strains were resistant (no zone of inhibition).
well diffusion method. Muller-Hinton agar plates were Variability of zone size was considerable, ranging from 0–45 inoculated using the methods recommended by the British mm. The most frequent result (13 strains) showed no zone of Society for Antimicrobial Chemotherapy (BSAC).11 inhibition. The second most common group (11 strains) Circular wells (6 mm) were cut in the agar culture media produced intermediate zone sizes (8–19 mm). Two strains and filled with 100 µL cream or liquid. The accuracy of the were highly susceptible, producing zone sizes of 45 mm.
method used to deliver these volumes was confirmed by weighing the agar plates before and after the fluid andcream were added.
Allicin liquid activity Mupirocin activity against the same MRSA strains was Allicin liquid was active against S. aureus strains down to 62.5 determined using a 5 µg paper disk (Oxoid, UK) on Muller- µg/mL (equal to 6.25 µg of allicin in 100 µL [the volume Hinton agar plates added to each well]). No activity was detected below 62.5 µg/mL, and concentrations of 250 µg/mL and above were the Minimum inhibitory and bactericidal concentrations of allicin most active.
The average zone sizes produced against these strains Standard methods based on those of Lorian12 were used to were 25 mm at 250 µg/mL, 32 mm at 500 µg/mL and 38 mm determine minimum inhibitory concentration (MIC) and at 1000 µg/mL. The spread of zone size to allicin was smaller minimum bactericidal concentration (MBC). Strains were than that found with mupirocin (Fig. 1). Zone sizes ranged cultured overnight at 37˚C in Muller-Hinton broth (Oxoid, from 23–38 mm at 500 µg/mL, and from 31–44 mm at 1000 CM 405). Concentrations of allicin between 1–1000 µg/mL µg/mL (Figs. 2 and 3). and broth containing no antimicrobial agent (negativecontrol) were assessed. Creams were not tested by this Allicin cream activity method because the opacity they produced in the liquid The control strain produced a 20 (±1.5) mm zone of inhibition made determination of MIC impossible.
compared to 23 (± 1.5) mm for mupirocin-susceptible MRSAs BRITISH JOURNAL OF BIOMEDICAL SCIENCE 2004 61 (2)
BRITISH JOURNAL OF BIOMEDICAL SCIENCE 2004 61 (2) 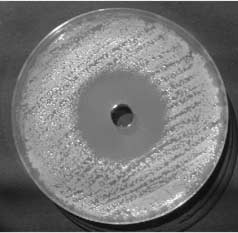 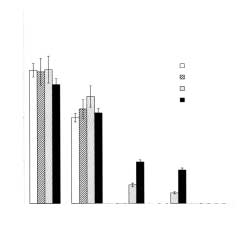 Excretion & internal environment of the body. In vertebrates the two functions of excretion and osmoregulation are • Excretion is the elimination to waste products from performed by kidneys and their associated structures in urinary system. • Waste products are unwanted and toxic by-products • The organs which form, store and void the urine