Excretion &
internal environment of the body. In vertebrates the two functions of excretion and osmoregulation are • Excretion is the elimination to waste products from
performed by kidneys and their associated structures in urinary system.
• Waste products are unwanted and toxic by-products
• The organs which form, store and void the urine which are removed to maintain homeostasis and constitute urinary system.
protect the body from their toxicity, e.g., jaundice in case of bile pigments, uremia in case of urea.
• Perspiration is another excretory process which removes salts and water although the primary purpose • Waste products (which do not accumulate in the body) are nitrogenous materials, CO , pigments, excess of water, inorganic salts, vitamins and hormones. Carbon dioxide and some water are excreted by lungs. Other ExcrEtory products waste materials are removed in the urine.
• The organs and tissues participating in the excretion • Excretory substances are produced during metabolism of waste products constitute the excretory system. of nitrogeneous substances like amino acids and A major function of the excretory system is the
nucleic acids.
excretion of nitrogenous waste. These include ammonia, urea and uric acid.
• Metabolism of carbohydrates and fats produces CO and H O which are easy to remove. Their excretion • Excretion also helps to maintain a constant body is effected through lungs (expired air), skin (sweat) or temperature by removing excess heat and maintain kidneys (urine).
a constant internal environment in association with the other system of the body.
• Other excretory products are pigments, mostly formed by the breakdown of haemoglobin; drugs etc.
• Defaecation is elimination of undigested food residue
from alimentary canal while secretion is the discharge
• Protein metabolism produces nitrogenous waste of specially synthesised product, e.g., hormone by material such as ammonia, which is the basic endocrine gland, saliva from salivary gland.
nitrogenous catabolite of protein, formed by breakdown of amino acids. Removal of the amino • Osmoregulation (term coined by Haber) is the
group (NH ) is known as deamination and it converts
regulation of osmotic concentration, that is, water the amino acid into a keto acid. In vertebrates, contect and salt and cells.
deamination takes place in the liver. Ammonia thus
• Both excretion and osmoregulation are helpful in produced is highly toxic and cannot be stored within maintaining homeostasis or constant favourable the body. It needs to be eliminated immediately.
Objective biology Table: Excretory organs of different animals.
General body surface General body surface In the above three, contractile vacuole is also there which is not really an excretory organ.
It is specially for water balance & helps to get rid of extra water that diffuse into the cell.
Flame cells (Solenocytes) Larva of platyhelminthmiracidium, redia larva, Renette cell (excretory cell) Chloragogen cells Earthworm megascolex Malpighian tubules, uricose gland, Spider, Scorpion (arachnida) Prawn (crustacea) Special glands called rectal glands reabsorb water and ions and urine which are mixed with faeces. This is an adaptation of dry habitat.
Tubefeet (podia) & dermal branchea Starfish(thin walls of gills) • Depending upon the form in which the ammonia acid (formed during fat metabolism) in food with the or nitrogenous waste is excreted from the body, the amino acid ornithine.
organisms are grouped as under into three categories:
- Hippuric acid: It is formed when benzoic acid is
ammonotelic, uricotelic and ureotelic.
combined with glycine. It is less toxic. • Besides these (ammonia, urea and uric acid) there - Creatinine: Mammals contain a small quantity of
are a few other types of minor nitrogenous excretory creatinine in their blood (1 mg/100 ml) which is a products, like— derivative of creatine. The excess is eliminated along - Trimethylamine oxide (TMAO): Marine teleost
fishes excrete a large proportion of their nitrogen - Creatine: Mammals also excrete creatine which is
as trimethylamine oxide (TMAO). Large amounts synthesized in the liver from three amino acids— of this compound is also stored in their body for arginine, glycine and methionine.
osmoregulation i.e. to minimize loss of water and entry of salts.
- Guanine: Spiders excrete almost exclusively a
• Animals excreting their nitrogenous waste in the chemical called guanine. It is even less soluble as form of ammonia are known as ammonotelic. This compared to uric acid and hence requires no water phenomenon is known as ammonotelism.
for elimination. It is a metabolic waste of nucleotide • Ammonia is highly soluble in water with which metabolism. It is also found in penguins.
it forms ammonium hydroxide (NH OH) which - Ornithuric acid: It is excreted in small amount by
injures cells directly by alkaline caustic action. Hence birds and is formed by a combination of benzoic excretion of ammonia requires large amounts of Objective biology 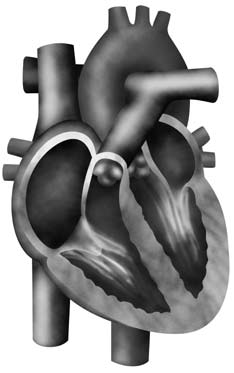