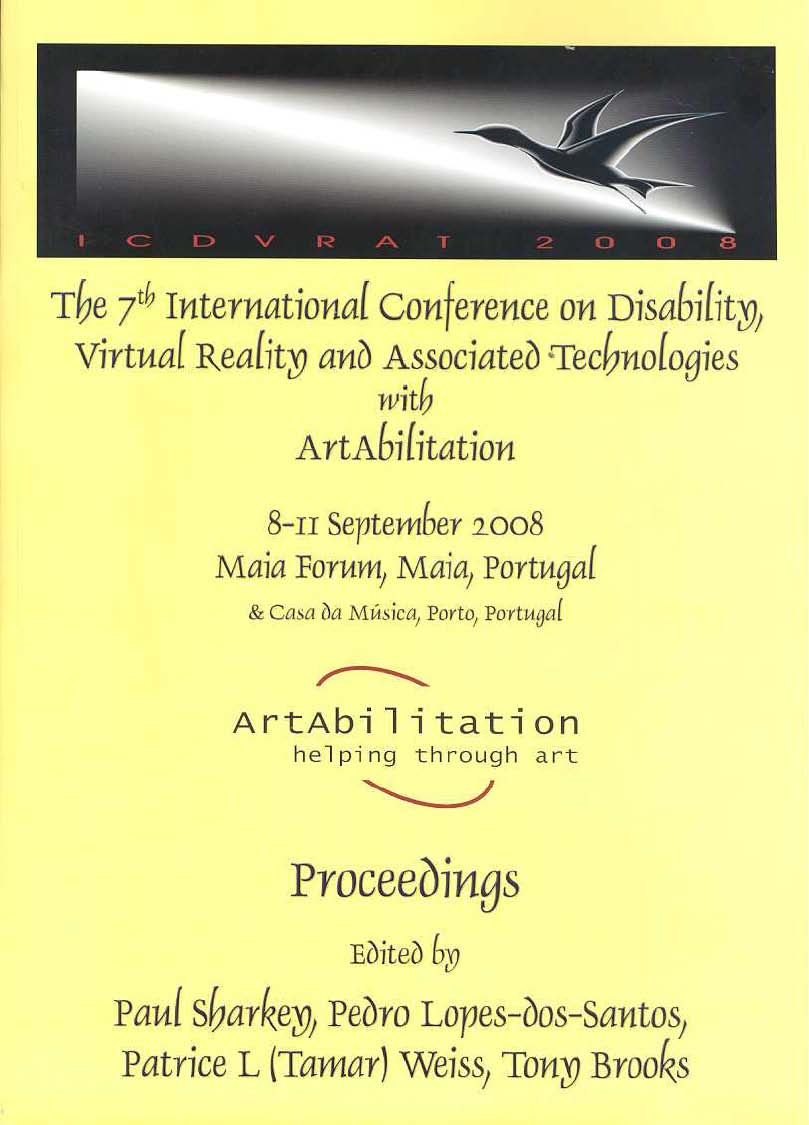 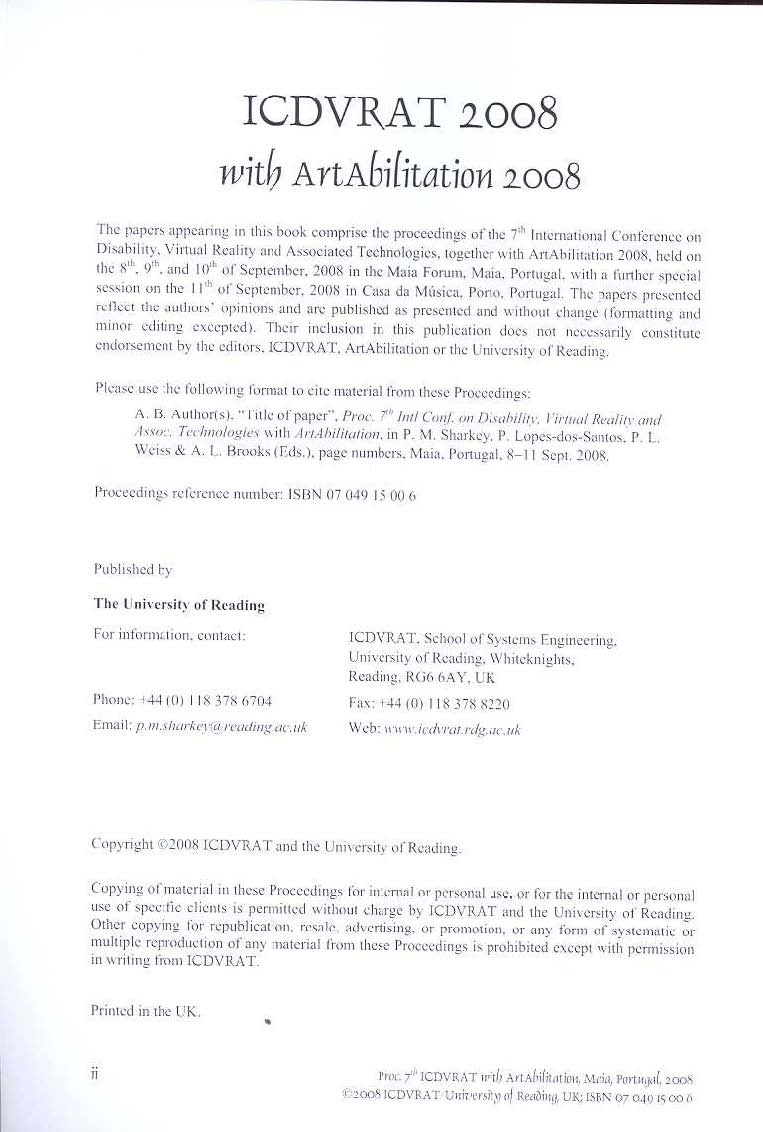 Mobile audio assistance in bus transportation for the blind
J H Sánchez and C A Oyarzún Department of Computer Science, University of Chile, Blanco Encalada 2120, Santiago, CHILE ABSTRACT
People with visual disabilities have serious difficulties when mobilizing through the city on the public transportation system. We introduce AudioTransantiago, a handheld application that allows users to plan trips and provide contextual information during the journey through the use of synthesized voices. The usability and cognitive evaluation of AudioTransantiago was performed using a prototype evaluation in order to identify and solve usability issues, ending up with an intuitive and simple interface. Finally, a cognitive impact evaluation administered during bus trips taken with the assistance of AudioTransantiago demonstrated that the software provides more autonomy and effectiveness for users' trips, improving their orientation and mobility. 1. INTRODUCTION
It is widely recognized that visually handicapped people have difficulties moving around independently (Petrie et al., 1997; Engelbrektsson, 2004; Gill, 2005). Orienting oneself and moving around quickly, efficiently and independently within a space is a difficult task that depends on a series of highly complex cognitive processes, including perception, codification, learning and memorization of spatial information (Espinosa et al., 1998). In particular, people with visual disabilities have problems traveling independently by way of public transportation (Baudoin et al., 2005; Engelbrektsson, 2004; Gill, 2005; Sánchez and Maureira, 2007; Sánchez and Sáenz, 2006), starting with the difficult access to the information necessary to plan their trips (Petrie et al., 1997; Engelbrektsson, 2004; Sánchez and Maureira, 2007; Sánchez and Sáenz, 2006, Koruda et al., 2002). In addition, the scarcity of contextual information about the trip makes their orientation difficult and makes it impossible for them to identify their position on the route with certainty and to make safe decisions when presented with some kind of difficulty (Kulyukin et al., 2004; Vogel, 2003). There are different trip planning systems for both pedestrians and those who use public transport (Gill, 2005; Sánchez and Maureira, 2007; Sánchez and Sáenz, 2006). As such, several authors suggest that through the use of software applications that provide contextual information about the different environments involved in the trip, the users are capable of constructing a mental model of spatial distribution that is adjusted to reality (Sánchez and Maureira, 2007). Moore (2002) presents a support system for blind user mobility in real spaces called Drishti. This system includes the use of wireless technology, voice recognition and synthesizer, geographical and global positioning systems and internet connection. Drishti provides contextual information and seeks to optimize the possible routes that blind users could take. This software application is thought of as a supplementary system to other support systems for orientation and mobility, such as guide dogs and white canes. The diminished or lack of the visual channel as a source of information for users with visual impairments is compensated for with information obtained from other senses (Lahav and Mioduser, 2004). In particular, blind users use their sense of hearing as a main source of information and knowledge for learning purposes (Sánchez and Sáenz, 2006). It is for this reason that the majority of the aids for non-sighted people use auditory interfaces (Massof, 2003), with either a synthesized voice or non-verbal sounds. The positive effects that can be obtained from the use of such technologies include a considerable improvement in the users' quality of life, a reduction of stress, anxiety and uncertainty caused by taking trips, as well as a higher degree of independence (Marston and Golledge, 2000). At the beginning of the year 2007 in Santiago de Chile a new system of urban transportation was implemented called Transantiago (The Economist, 2007). This system emerged out of the almost unmanageable and chaotic situation in transportation that had been operating in Santiago up until the end of Proc. 7th ICDVRAT with ArtAbilitation, Maia, Portugal, 2008 2008 ICDVRAT/University of Reading, UK; ISBN 07 049 15 00 6 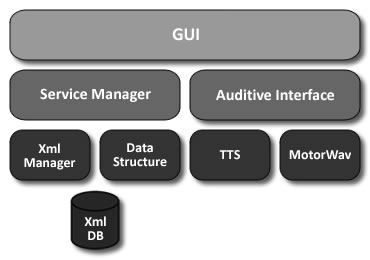 2006. The city's population had clearly expressed its discontent with the transportation system. In an acceptance survey for public systems taken in 2002, public transportation was graded with an average of 11.2 points on a scale of 1 to 100 (Cruz, 2002). Under the new Transantiago system, the city was divided into different zones (service units) that have different local bus routes (services) and that are connected by longer, more extensive services called Troncales (main bus routes). With the implementation of this system, it has been possible to model the services: each route has a series of stops assigned to it at which the different buses stop to pick up passengers (in addition to the stops at red lights). Transantiago does not offer a solution for people with visual disabilities to be able to utilize the bus transport system on a day-to-day basis. Faced with this situation, we propose AudioTransantiago, which emerges as an alternative for providing contextual information at each Transantiago bus stop through the use of a pocketPC, which allows a user with visual disabilities to plan his/her journey before taking it, taking into account the streets and important landmarks near each bus stop that he/she will utilize during the trip. It also allows the user to access this information during the trip and, in case of a detour or the suspension of a particular service, it offers the user alternative services to be able to complete the trip. This study introduces AudioTransantiago, a handheld application that allows users to plan trips and which provides contextual information during the journey through the use of synthesized voices, as well as the usability and cognitive evaluations employed to tailor this application to the characteristics and needs of blind users and to determine the cognitive impact of AudioTransantiago on the user's orientation and mobility. 2. SOFTWARE
AudioTransantiago stores the contextual information on each stop of the Transantiago routes, from which the user chooses in order to plan his/her trips in advance. In addition, this software navigates the stops of a previously planned trip in order to strengthen orientation and facilitate the blind user's journey. 2.1 Logic Design The software application is designed for pocketPC with Windows Mobile 2005 and .NET Compact Framework 1.0, using the programming language C#. The system also uses a Text-to-Speech engine (TTS) from the Acapela Group. Figure 1. Architecture of AudioTransantiago
AudioTransantiago is designed modularly in order to facilitate the development and re-use of its components. In Figure 1 there are 3 identified layers of which the software is composed. The first consists of a superior layer (GUI or Graphical User Interface) that manages the interaction between the user and the interface. The second layer consists of the data administration (Service Manager) and the audio components (Audio Interface). The third layer is that which supports the management of the data and its representation (XML Manager, Data Structure, TTS, MotorWay and XML DB). AudioTransantiago stores the contextual information for every bus stop on the Transantiago routes, which the user can select beforehand in order to plan his/her trips. In addition, it navigates the stops of a previously planned trip in order to strengthen the user's orientation and facilitate his/her journey. The data employed by AudioTransantiago is stored in an XML document, which includes the city's service units, the services or routes and their stops. In turn, the software incorporates additional information on the nearby streets around them, as well as significant landmarks near to the bus stops. 2.2 Interaction with the User The design of the interface considers the results discovered in previous studies with blind users and audio-based interfaces. The most important aspects taken into consideration are the circular menus, the color Proc. 7th ICDVRAT with ArtAbilitation, Maia, Portugal, 2008 2008 ICDVRAT/University of Reading, UK; ISBN 07 049 15 00 6 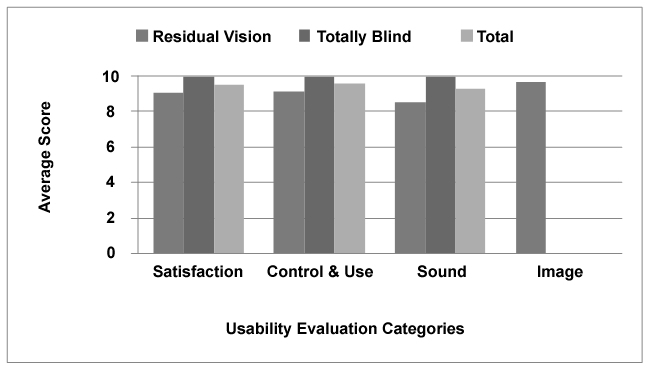