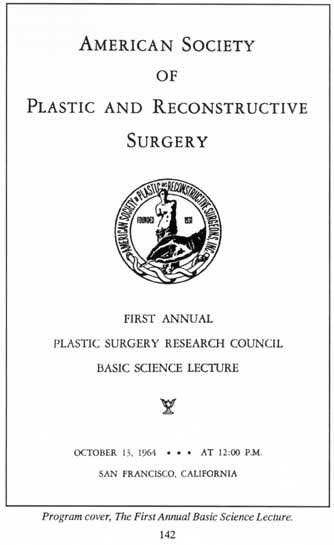 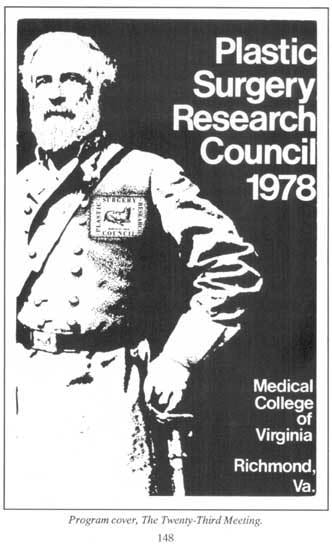 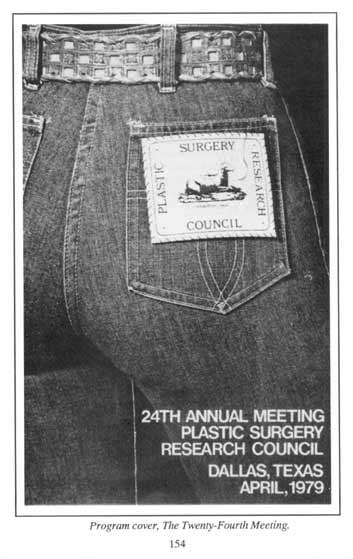 We rode into Dallas in fine style for the 24th Annual Meeting held in the brand new, beautiful all glass HyattRegency Hotel. The festivities started right away in high gear with Tom Krizek and friends resuscitating agentleman with a cardiac arrest in the Regency bar (before the cocktail reception). The designer jeans on the cover ofthe program (modeled to appropriate capacity by the host's sister) set the stage for the Texas meeting whichcontinued with Sonny Bryant's barbecued spare ribs being served "on the hoof"for lunch the next day in the plasticsurgery labs at the University of Texas Health Science Center. The dinners were also scheduled by our gracious hostat two of Dallas' finest and flashiest restaurants (Jean Claude's and Javier's). Host Ken Salyer and wife to-be Marciekept us going at a fast pace all two and a half days, and then we had a lovely dinner in their new home, much of itmoved in from Mexico. Program Chairman Bill Graham set a new precedent by publishing the abstracts of allpapers. This was done in a separate program and was such a great addition that it has been continued and evenpicked up by other Plastic Surgery Organizations.
After a welcome by Dean Charles Mullins, the home team started with Charles Baxter speaking on "CellularResponse to Burn Shock." The Parkland burn fluid formula had just recently gained wide acceptance. A formerPhiladelphia home team speaker who had immigrated to Dallas, Bill Billingham, spoke on some unusual transplant"experiments" in nature, i.e. the unusual aspects of a normal pregnancy particularly with fraternal twins. RalphHolmes, who had spent years studying hydroxy apatite, gave us an update on his microscopic studies of boneformation and Carlheinz Tizian demonstrated a new microvascular prosthesis with a 1 mm. internal diameter.
During lunch (on the hoof) we visited the facilities of the Department of Medical Illustration. We then visited thesuperb busy Emergency Room at Parkland Memorial Hospital where President Kennedy had died and also theextremely efficient Burn Unit.
The papers continued with a throw back to some experiments of former days in a presentation from Bill Lindsay'slab in Toronto where Wayne Carman, working with chickens (the edible laboratory animal), showed better resultssuturing both severed flexor tendons, rather than just the profundus. Neal Koss discussed the "Beta Error" as itrelated to the "Alpha Error" or P-value.
Arnold Arem of Tuscon had a fascinating study of scar tissue which formed within The Twenty-Fourth Meeting
an implanted sponge and which was stretched with magnets. He showed the effects of dynamics on the fibroustissue. Papers on problems in healing continued with a paper by Tom Davis et. al. studying intravascularcoagulation and fibrinolysis during tourniquet ischernia in primates. They showed that two and a half hours oftourniquet time significantly altered clotting factors which could increase bleeding on tourniquet release. Heparin aspretreatment partly blocked the effect. Gertrud Ginsbach of Achen, West Germany, used argon laser to stimulatewound healing in an attempt to improve healing in wounds that can be expected to heal poorly. Ross Rudolph wasusing "Colchicine to Inhibit Wound Contraction" but with some local toxic effects when studied with the electronmicroscope. Wound contraction resumed when the colchicine was stopped at 21 days. Bob Diegelmann in KelCohen's lab, was using "Macrophages (to) Stimulate Fibroblast Proliferation Collagen and Protein Synthesis inCell Cultures," supporting the hypothesis that macrophages modulate fibroplasia and collagen synthesis duringwound healing. Bill Bellany, working with Rodeheaver and Edlich, showed that silk and dacron suturesimpregnated with Neomycin Palmate significantly reduced bacterial counts around the sutures for days afterinoculation with four different pathogens.
There were a number of studies on the failing skin flap. Gordon Sasaki, who was at Yale at the time, was usingprostaglandin for rescue work, and Dick Gordon at the University of Pennsylvania presented a non-invasive methodof obtaining digitalized readings on "Pyridine Nucleotide Fluorometry as a Method for Measuring Tissue Oxygen." John Zimmermann at Stanford with Fred Finseth was using isoxsuprine in an ingenious neurovascular islandmyocutaneous flap to prevent necrosis while Jim May showed that "surgical delay" occurred in the totallydenervated abdominal skin.
Numerous other papers were presented on the subjects of nerve regeneration and function, microvascular techniques,and lymphatic anastomosis (Bob Acland). Julie Glowacki's original work with dernineralized isologous bonepowder was described for the repair of cranial defects, and Linton Whitaker reported favorably on facial growth inrhesus monkeys who had complete facial dysfunction. His very young monkeys had been followed for two and ahalf years.
The enthusiasm with which the old west and the new west were intermingled in both the scientific and socialprograms was very contagious. Anew Constitution and ByLaws, which were expanded from two pages to fourpages, were accepted and the annual dues for active members was set at $75.00. Bill Graham was welcomed asChairman for the 1980 25th Annual Meeting, and the historian was instructed to complete a 25-year Dallas, Texas -1979
history. El Zook was elected Program Chairman and Chairman-Elect with the 26th meeting to be held inSpringfield, Illinois. It was decided that the Members' Dinner would be for members only. This was the first yearthat all the abstracts were printed in the program and this new step was enthusiastically received. It was voted tocontinue the printing of the abstracts, but not to publish the abstracts in the Journal of Plastic and ReconstructiveSurgery. The new Active Members were: Melvin J. Dinner, M.D. Earl J. Fleegler, M.D. John D. Franklin, M.D. Frederick R. Heckler, M.D. Ralph E.
Holmes, M.D. Ivo P. Janecka, M.D. Norman S. Levine, M.D. Narenda J. Pandya, M.D. John F. Reinisch, M.D.
S. Dawson Theogaraj, M.D.
The new Associate Member was George W. Cherry, M.D. 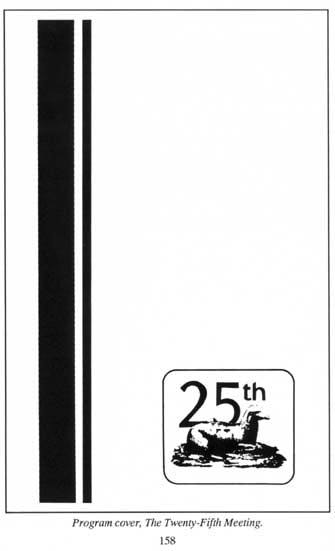 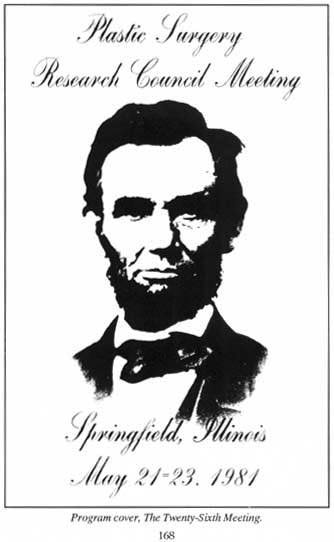 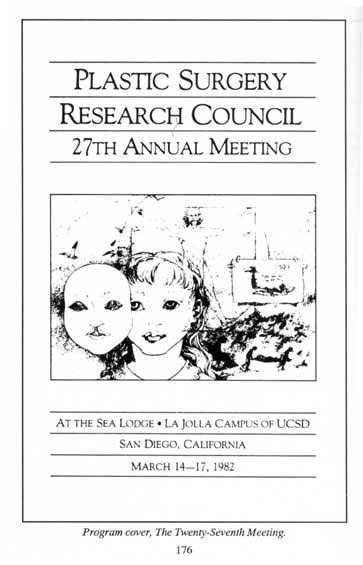 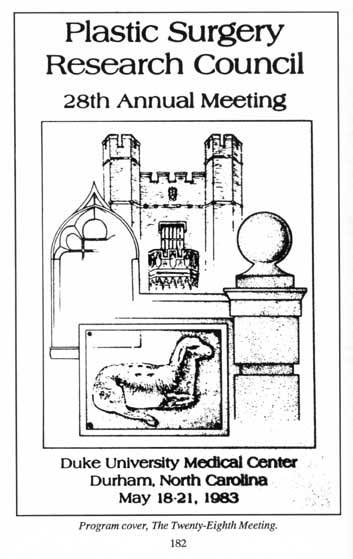 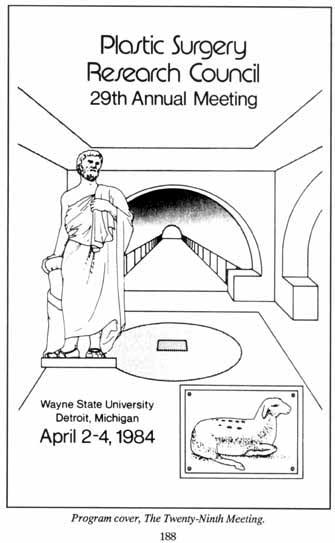 iTghe Bird Rescue Center Sparkie's Miracle and Trainings2013 orientation dates and On August 23rd, Bird Rescue volunteers released red-tailed hawk #741, nicknamed Sparkie, back into the wild, following a record 17- trainings in Rehab, Field month rehabilitation. Sparkie had come to us Rescue and other areas will as a young adult in March 2011, after being