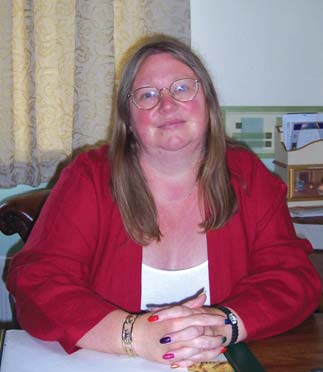 Compliance and concordance in people
with Parkinson's Disease and their carers
Any experienced researcher will tell you that one of the momentum. The focus main difficulties about research is that, like packing to go on group leaders have holiday, it always takes longer than you think. had time to read theirway through the very This has been true of the PINK/University of Salford useful text book on collaborative project on compliance and concordance in people with Parkinson's Disease and their carers. management that they Although many people expect ethical review and approval have been supplied to be the main cause for delay in research, I am pleased to with and are raring to go. report that our application to the Multi-site Research Ethics So, throughout the summer the focus groups will be held Committee (MREC) was approved with only minor up and down the country. The literature review people have amendments required. been busy sending their reviews to be moulded into one Part of the reason for this was the invaluable in-put that comprehensive review of compliance and concordance in we had from the members of PINK which allowed for any people with Parkinson's disease and their carers which queries to be addressed - simply by highlighting the should form the first potential publication for this project. expertise of the clinicians involved. By the end of the summer we hope to be able to start looking at the data to begin analysis with a view to havingthe final report written by February/March next year.
The main reason for the post MREC approval delay has simply been the practicalities of meeting the Research It must be recorded that the enthusiasm and Governance Requirements of six different NHS Trusts at commitment of all of the team involved in this research has various locations around the country. Certainly the remained high and the opportunities for learning have experience of co-ordinating a number of participants over been significant. diverse areas of the UK has been an interesting and It's not too late to get involved. if you think you would like to take part in the data analysis please e-mail Dr Carol However, now the project is progressing well and gaining Haigh on [email protected] CONFERENCE 2006 Feedback Report
Overall the feedback from this year's negative issue commented upon by within the time constraints but we will PINK conference was extremely both delegates and committee do our best to maintain the standards members was the lack of space set in previous years.
available for the display stands – this From the evaluation forms we The evening entertainment received has also been considered in our plans received, the venue and facilities were quite mixed reviews. It was considered more than adequate and acknowledged that evenings at most people were able to access the Three cheers
conferences are the time to network venue without too much trouble. and meet with colleagues from all We were very pleased to see that not corners of the UK whom we see too The general consensus seemed to be one single negative comment was infrequently. We are certainly that delegates preferred the previous made regarding the speakers and their bearing this in mind as we plan next arrangement of starting at lunchtime contributions. They were described on on Friday and finishing mid-day on numerous evaluation forms as, Saturday, a fact the committee has ‘interesting', ‘informative and thought We would like to say thank you to all taken on board.
provoking'. Three cheers for the who completed evaluation forms. Your comments and feedback will help us Obviously there was something of a and future committees to create hitch with the sound system but this We also received lots of inspiring agendas for conferences which meet was unfortunately beyond our control suggestions for topics to be covered in your requirements and needs.
and we want to thank everyone for the future. Unfortunately we could bearing with us. The only other never hope to meet everyone's needs PINK committee 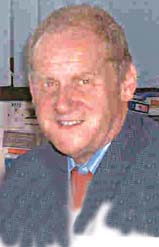 CONSIDERING A MASTER CLASS COURSE?
MICK CASEY, a Parkinson's disease nurse specialist in Doncaster for four years, describes his recent
experience of a Master Class course.
The Master Class course is aimed at period of further intensive study, interest in Parkinson's disease. This consultants, staff grades and before starting my masters degree.
raised questions on what medications specialist registrars in their final year Having several nursing registrations were available in order to offer of training. This is an intensive and a degree in nursing gave me the choices to patients. Some areas in course in which the candidates learn confidence to undertake the required my region have restrictions on certain about the management of Parkinson's medicines under locally agreed disease at an advanced level. It is formularies. This obviously influences The master class I attended was held over two three day modules, treatment choices depending on run on a very organised schedule of the first in Newquay and the second learning. Formal lectures were held each day as well as interactive I believe it is at the discretion of the workshops. Questions and answer A great deal of networking took faculty whether places for PDNSs are sessions were held throughout place on the course. This was most made available. I feel that acting in a valuable as the skills across the whole consultant nurse role in my post as Every candidate had to complete a group ranged from people with a vast lead PDNS in Doncaster, probably project during the period between the amount of knowledge to those who increased my chances of securing a two modules of study. These projects had just started caring for people with place. All applicants are required to were individually presented during submit their reasons for wanting to sessions set aside in the second attend the course. I submitted I enjoyed the course immensely and module. Each stage of the course several letters via email and the would recommend it to all who are was audited and evaluated. Mentors obligatory 250-word statement. able to access it. It would seem a were assigned to each candidate so logical step for PDNSs to set up their that supervision was accessible own master class course accredited throughout the whole duration of As a healthcare professional, I have by the appropriate body.
always strived to improve my Mick TP Casey, BA Hons, Dip N, knowledge and skills. As a PDNS, The project I chose was a regional RNMH, RN, SPDN, CHCN, PDNS. the master class was the ideal survey of prescribing choices (Graduate of the Master Class).
opportunity for me to undertake a amongst prescribers with a special 2. What do you enjoy most about
6. What is the worst job you
Jerry Playfer your job?
have ever had?
Working in a team and gossip! Barman! - I lasted one day! 1. Who most influenced your
career?
3. What is your most
7. What is guaranteed to make
Carole Gardner, was the first ward you smile?
sister I worked with as a HouseOfficer. Unlike today, we entered the Only recently, I went out on a Talking to PD nurses! wards very unprepared as far as domiciliary visit to a Chinese patient.
practical procedures and time The interpreter was delayed, so I spent half an hour taking a pigeon Englishhistory and painstaking examination of Carole taught me how to put up a an elderly Chinese man. When the drip, how to pass a catheter and was translator arrived, she said the Chinese tremendously supportive in my first name was female, at which point, three months as a qualified doctor, the old gentleman's wife emerged giving me confidence for my future from a back room and I had to start PROFILEcareer. I admired her dedication and the process all over again!
professionalism which has always Playfer is a
made me a strong champion of nurses, including marrying one! 4. If you could change one
Secondly, I was attracted to geriatric thing about your job what
medicine by the example of would it be?
Professor Jimmy Williamson, who The job is perfect! was a superb physician with a real has a special
knowledge of Parkinson's disease interest in
and a great humanitarian approach to 5. What book, film and piece of
medicine. He encouraged and disease. He is
music would you take to a
supported my development as a geriatrician when I started my President of the
research in Liverpool. Book - The Great Gatsby, Film - Notting Hill - Music - Coldplay CD 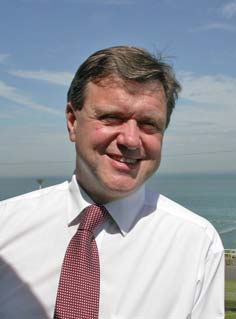 1.0 INTRODUCTION TO THE STUDY Forum Syd, a Swedish Non Governmental Organization (NGO) working together with The Livelihoods Foundation (LEO), a Kenyan NGO to support the Empowerment of Rural Population in Nyatoto Community in Central Division of Homa Bay County in Kenya, Africa. Forum Syd has solicited support from SIDA, Sweden to fulfill this objective. LEO