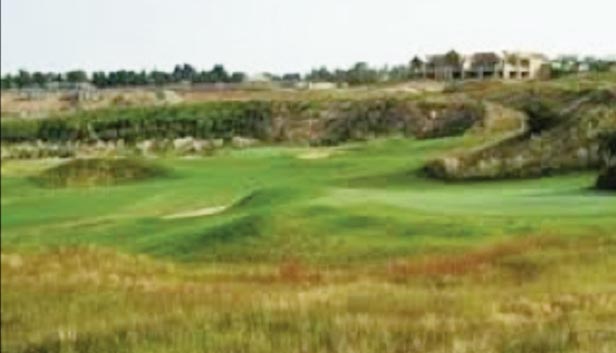 Memorial Sloan Kettering medical oncologist Jedd Wolchok was
featured in the May issue of Scientific American and on its website
For more news and information tailored for cancer describing the new generation of cancer therapies that unleash the patients and families, please join us at immune system to attack tumours. This new approach, which www.cansurvive.co.za and Memorial Sloan Kettering physician-scientists played a major role indeveloping, is producing stunning results when combined with stan- dard anticancer therapies.
"I believe it is finally time to start thinking realistically about long-term Researchers have found a second immune-system-braking molecule, remissions, even cures, because we can now combine standard called PD-1, which can also be blocked with antibodies.
therapies that target the tumour with immunotherapies that boost a Immunotherapies targeting PD-1 have proved successful in treating patient's own defenses," Dr. Wolchok writes.
lung cancer. "No longer can skeptical clinicians dismiss the approach aslikely to be viable for only a few specific kinds of tumours," Dr. Wolchok In the 1990s, researchers discovered the importance of CTLA-4, a pro- writes. "Odds are this approach will soon join chemotherapy and radia- tein receptor on the surface of immune cells called T cells that puts the tion as a standard treatment for many kinds of tumours." brakes on these cells and prevents them from carrying out attacks.
Immunologist James Allison identified an antibody that blocks CTLA-4 Dr. Wolchok's research on immune therapies for melanoma continues, and showed that turning off those brakes allows T cells to destroy including a study last year that found more than half of patients with cancer in mice.
advanced skin melanoma experienced tumour shrinkage of more than80 percent when given the combination of ipilimumab and the anti- Anti-CTLA-4 eventually became ipilimumab (YervoyTM), a drug body drug nivolumab, which blocks PD-1.
approved in 2011 for the treatment of metastatic melanoma, themost deadly form of skin cancer. Dr. Allison and Dr. Wolchok helped Dr. Wolchok describes the optimism that has grown throughout the guide the development of ipilimumab from the first laboratory studies medical community over the last few years about immunotherapy through the late-stage clinical trials that led to the drug's approval.
treatments in patients with advanced leukemia and kidney and lung Results of the latest clinical studies show that just over 20 percent of cancers. "Although immunotherapy is by no means a panacea, the patients with metastatic melanoma treated with ipilimumab show recent advances may allow us to make significantly more progress long-term control of their disease, remaining alive for more than three against the later stages of cancer than we have been able to achieve in years after treatment. (Previously, median life expectancy was seven to recent decades," he writes.
GOLF DAY AND DINNER FUNDRAISER
for Cancer Buddies and
on Tuesday 29 July
at Eagle Canyon Golf Club,
Come and join us - prizes,
goodie bags, a great meal and
For more details contact
Grant Pitt at [email protected]
or 083 454 9448

VISION, JUNE 2014
Fasting triggers stem cellregeneration In the first evidence of a natural intervention triggering stemcell-based regeneration of an organ or system, a study in CellStem shows that cycles of prolonged fasting not only protectagainst immune system damage — a major side effect ofchemotherapy — but also induce immune system regenera-tion, shifting stem cells from a dormant state to a state of self-renewal.
In both mice and a Phase 1 human clinical trial, long periods ofnot eating significantly lowered white blood cell counts. Inmice, fasting cycles then "flipped a regenerative switch," Netcare Unitas Hospital Open Day
changing the signaling pathways for hematopoietic stem cells,which are responsible for the generation of blood and immune Cancer Buddies, CanSurvive and CanLiveWell were represented systems, the research showed.
by Bernice Lass and Samantha Guerrcio at the Unitas Open Dayheld during June. They offered advice on healthy eating, cancer awareness and patient support to members of the public. Therewill be a series of Netcare Open Days this year.
The study has major implications for healthier ageing, in whichimmune system decline contributes to increased susceptibilityto disease as people age. By outlining how prolonged fasting count goes down with prolonged fasting. Then when you re- cycles — periods of no food for two to four days at a time over feed, the blood cells come back. So we started thinking, well, the course of six months — kill older and damaged immune where does it come from?" cells and generate new ones, the research also has implicationsfor chemotherapy Prolonged fasting also protected against toxicity in a pilot clinical tolerance and for those with a wide range of immune system trial in which a small group of patients fasted for a 72-hour period deficiencies, including autoimmunity disorders.
prior to chemotherapy, extending Longo's influential past research.
"We could not predict that prolonged fasting would have such "While chemotherapy saves lives, it causes significant collateral a remarkable effect in promoting stem cell-based regeneration damage to the immune system. The results of this study suggest of the hematopoietic system," said corresponding author that fasting may mitigate some of the harmful effects of Valter Longo, Edna M. Jones Professor of Gerontology and the chemotherapy," said co-author Tanya Dorff, assistant professor of Biological Sciences at the USC Davis School of Gerontology clinical medicine at the USC Norris Comprehensive Cancer Center and director of the USC Longevity Institute. Longo has a joint and Hospital. "More clinical studies are needed, and any such appointment at the USC Dornsife College of Letters, Arts and dietary intervention should be undertaken only under the guidance "When you starve, the system tries to save energy, and one of "We are investigating the possibility that these effects are applica- the things it can do to save energy is to recycle a lot of the ble to many different systems and organs, not just the immune sys- immune cells that are not needed, especially those that may tem," said Longo, whose lab is in the process of conducting further be damaged," Longo said. "What we started noticing in both research on controlled dietary interventions and stem cell regenera- our human work and animal work is that the white blood cell tion in both animal and clinical studies.
Its OK to TALK ABOUT CANCER! Join us at the CanSurvive Cancer Support Group - have a cup of tea/coffee,
a chat with us and listen to an interesting talk.
Upcoming meetings: 09:00 at PARKTOWN - 12 July - Hazeldene Hall (opp. Netcare Park Lane Hospital)
MIDRAND - 26 July - Netcare Waterfall City Hospital 9:00 - Speaker
Enquiries:
Chris 083 640 4949 or [email protected]
Bernice 083 444 5182 or [email protected]
The Group is run in association with the Johannesburg Branch of Cancer Buddies and is hosted by Netcare. The Group is open to any survivor, patient or caregiver. No charge is made. 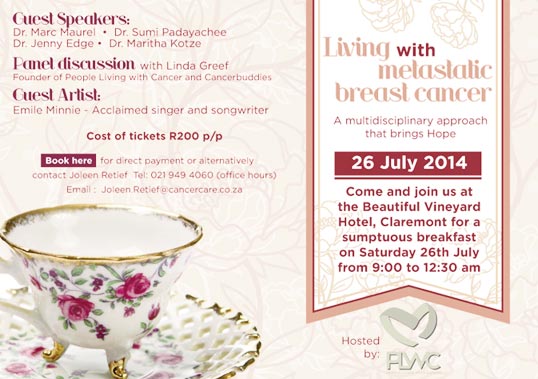 FEB_UKNL0702_7.qxp 4/17/07 9:43 PM Page 1 continued from page 1 Need Help Sharing Kingdom, yet this is very much home. Jewish people have lived in England since the readmission of Jews to England under Oliver Cromwell in 1656. We UK Director Daniel Nessim don't really expect that antisemitism will disappearbefore the greatest Semite of all history, Yeshua,occupies His throne in Jerusalem to deliver and