1546
Current Pharmaceutical Design, 2009, 15, 1546-1558
The Role of the Gut Microbiota in Energy Metabolism and Metabolic
Disease
Patrice D. Cani* and Nathalie M. Delzenne* Université catholique de Louvain, Louvain Drug Research Institute, Unit of Pharmacokinetics, Metabolism, Nutrition and Toxicology, Brussels, Belgium Abstract: Obesity is now classically characterized by a cluster of several metabolic disorders, and by a low grade in-
flammation. The evidence that the gut microbiota composition can be different between healthy and or obese and type 2
diabetic patients has led to the study of this environmental factor as a key link between the pathophysiology of metabolic
diseases and the gut microbiota. Several mechanisms are proposed linking events occurring in the colon and the regulation
of energy metabolism, such as i.e. the energy harvest from the diet, the synthesis of gut peptides involved in energy ho-
meostasis (GLP-1, PYY…), and the regulation of fat storage. Moreover, the development of obesity and metabolic disor-
ders following a high-fat diet may be associated to the innate immune system. Indeed, high-fat diet feeding triggers the
development of obesity, inflammation, insulin resistance, type 2 diabetes and atherosclerosis by mechanisms dependent of
the LPS and/or the fatty acids activation of the CD14/TLR4 receptor complex. Importantly, fat feeding is also associated
with the development of metabolic endotoxemia in human subjects and participates in the low-grade inflammation, a
mechanism associated with the development of atherogenic markers. Finally, data obtained in experimental models and
human subjects are in favour of the fact that changing the gut microbiota (with prebiotics and/or probiotics) may partici-
pate in the control of the development of metabolic diseases associated with obesity. Thus, it would be useful to find spe-
cific strategies for modifying gut microbiota to impact on the occurrence of metabolic diseases.
Key Words: high fat diet, metabolic endotoxemia- obesity, prebiotics, gut peptides, bifidobacteria, gut bacteria, cardiovascular
diseases.
solely to changes in the human genome, nutritional habits, or Obesity is now classically characterized by a cluster of the reduction of physical activity in our daily lives [4]. Over several metabolic disorders. Most of them are related to the the past five years, studies have highlighted some key as- glucose homeostasis and to the development of cardiovascu- pects of the mammalian host-gut microbial relationship. Gut lar diseases (Fig. 1) [1,2]. During the past decade, it became
microbiota could now be considered as a "microbial organ" clear that a low-grade inflammation contributes to the devel- placed within a host organism. In addition to the obvious opment of the pathologies associated with obesity [3]. Une- role of the intestine in the digestion and absorption of nutri- quivocal experimental, clinical or epidemiological evidence ents, the human gastrointestinal tract contains a diverse col- have causally linked inflammation, or the inflammatory sig- lection of microorganisms, residing mostly in the colon. So nalling responses to the development of theses metabolic far, the human gut microbiota has not been fully described, disorders associated with obesity. The analysis of the nutri- but it is clear that the human gut is home for a complex con- tional disorders associated with obesity reveals that the ad- sortium of around 1013 to 1014 bacterial cells. As a whole, the verse health consequences of weight gain and obesity are microorganisms that live inside humans are estimated to out- especially prominent following prolonged periods of positive number human cells by a factor of ten. The microbiome rep- energy balance and is mostly associated with a high-fat diet resents overall more than 100 times the human genome [5,6]. ingestion in our Western countries. However, it is more dif- Therefore, the gut microbiota and its microbiome provide us ficult to understand the mechanisms by which high-fat diet with genetic and metabolic attributes, sparing us from the feeding promotes low grade inflammation (Fig. 2). What is
need to evolve solely by our own. Accumulating evidence the molecular link between high-fat or high-energy feeding indicates that the gut microbiota is instrumental in the con- and the development of this particular context? Why and by trol of host energy metabolism. These findings open the way which mechanisms such metabolic diseases are so com- to better understand how the gut microbiota and the factors monly linked to inflammatory processes? Those questions that influence its distribution and constituent microorgan- will constitute the core of this review paper (Fig. 2).
isms, are controlled and how they interact with the host or- New evidence supports the idea that the increased preva- lence of obesity and type 2 diabetes cannot be attributed The present review will discuss the recent data in order to propose how the gut microbiota may play an even more im- *Address correspondence to these authors at the Unit PMNT-7369, Av. E. Mounier, 73/69, B-1200 Brussels, Belgium; Tel: +32 2 764 73 97; Fax: +32 portant role in the development of metabolic disorders asso- 2 764 73 59; E-mail: [email protected] or ciated with obesity. 1381-6128/09 $55.00+.00
2009 Bentham Science Publishers Ltd. 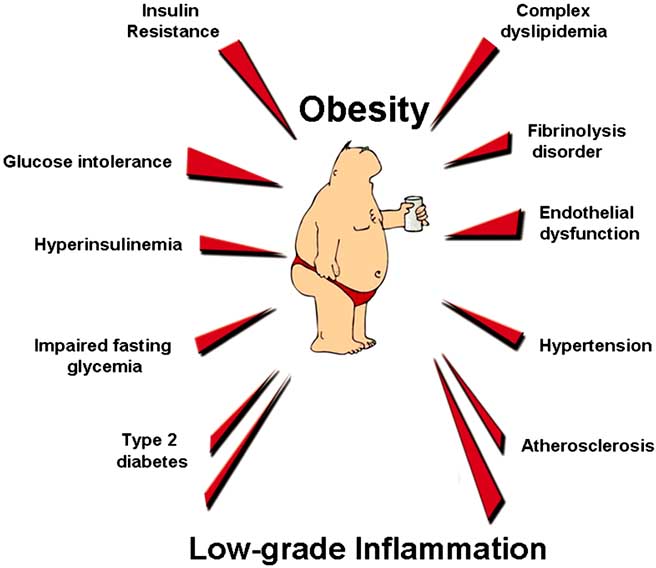 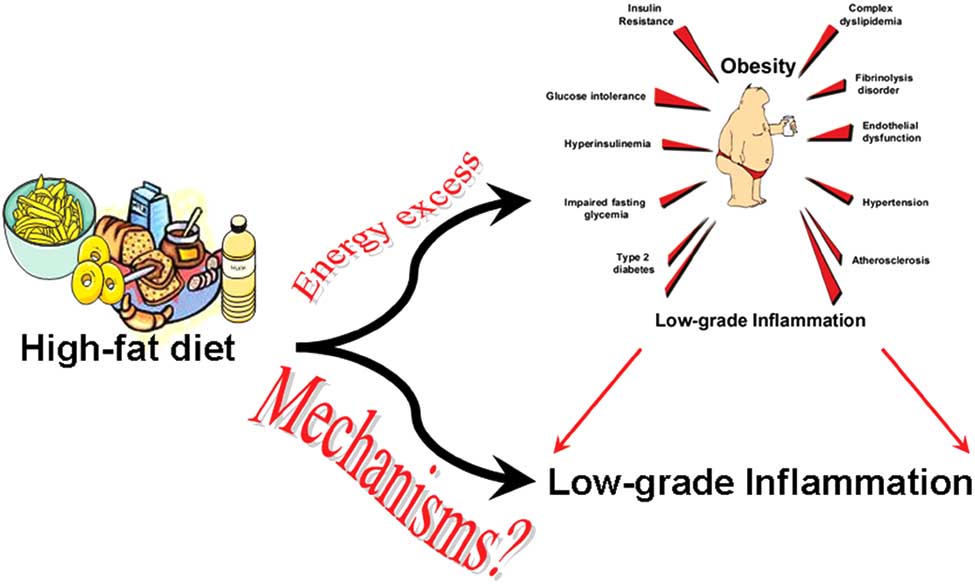 The Role of the Gut Microbiota in Energy Metabolism
Current Pharmaceutical Design, 2009, Vol. 15, No. 13 1547
Fig. (1). Obesity and associated metabolic disorders.
Obesity is characterised by a cluster of metabolic disorders, related to the glucose homeostasis and to the development of cardiovascular diseases. Recently, the development of such pathologies has been associated with a low grade inflammatory tone. Fig. (2). Question: What are the mechanisms linking high-fat diet feeding to the development of a low grade inflammation?
GUT MICROBIOTA AND ENERGY METABOLISM
development of the intestinal microvilli, the degradation of non digestible polysaccharides (fermentation of resistant Gut Microbiota Regulates Fat Storage
starch, oligosaccharides, inulin). Hence, the gut microbiota Gut microbiota is involved in several intestinal biological harvests energy for the host from dietary compounds in- functions such as defence against pathogens, immunity, the gested but not digested by the host. In the majority of adults, 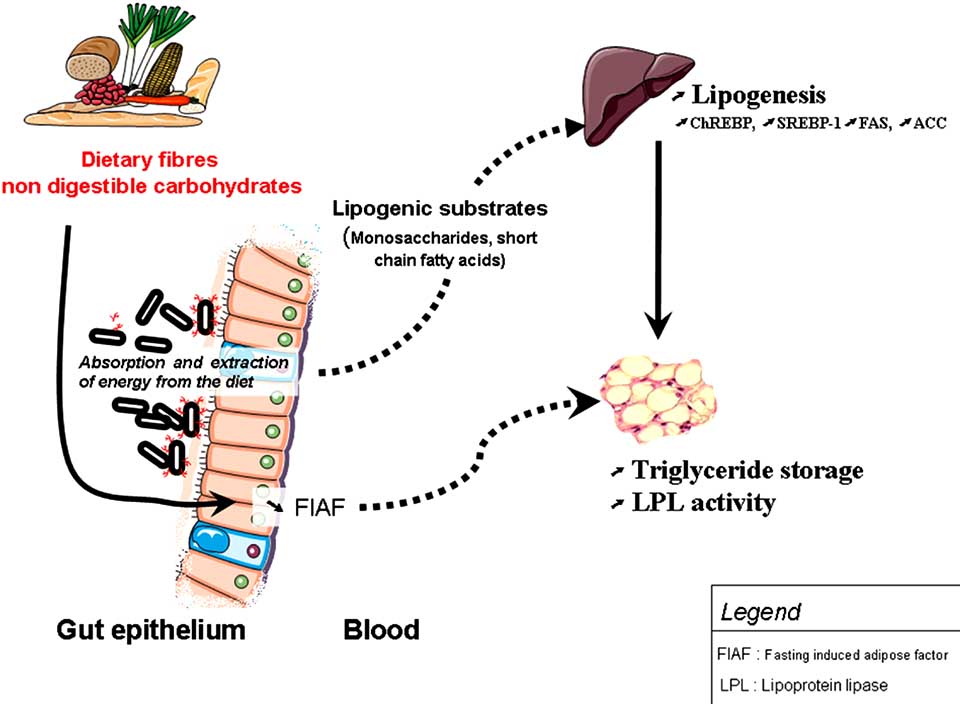 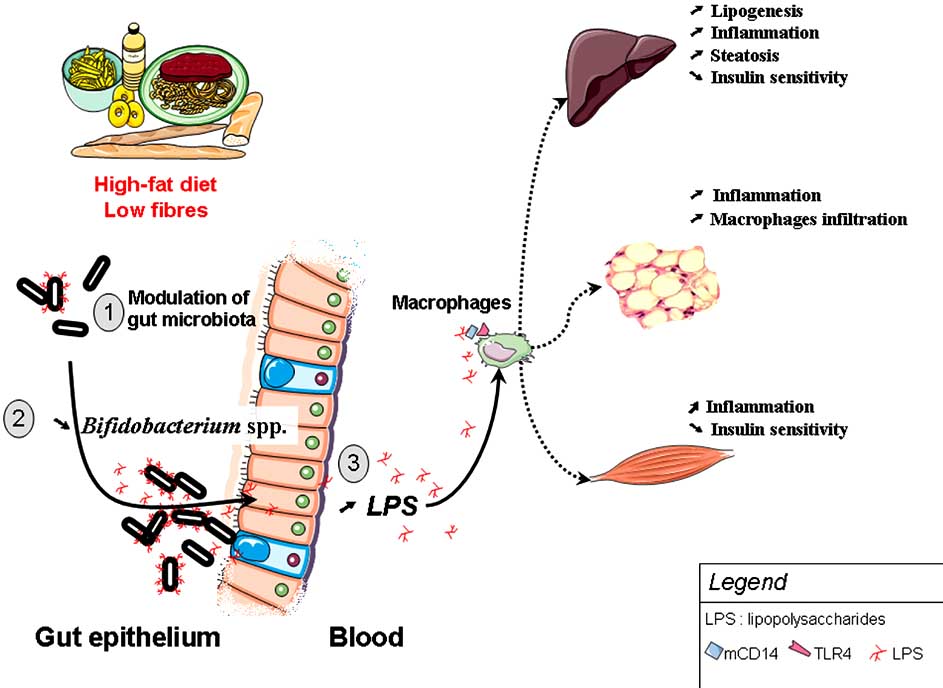 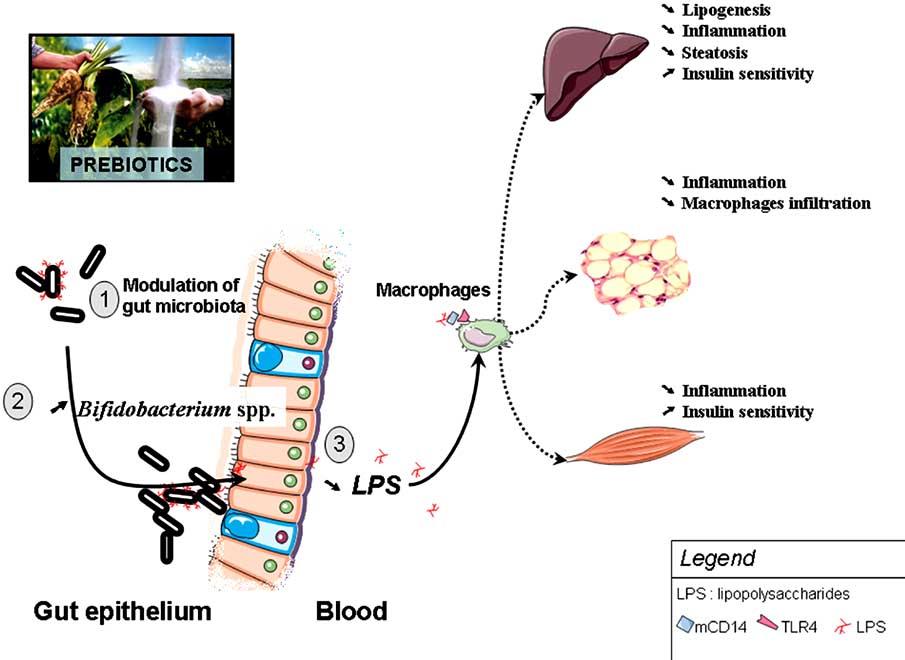 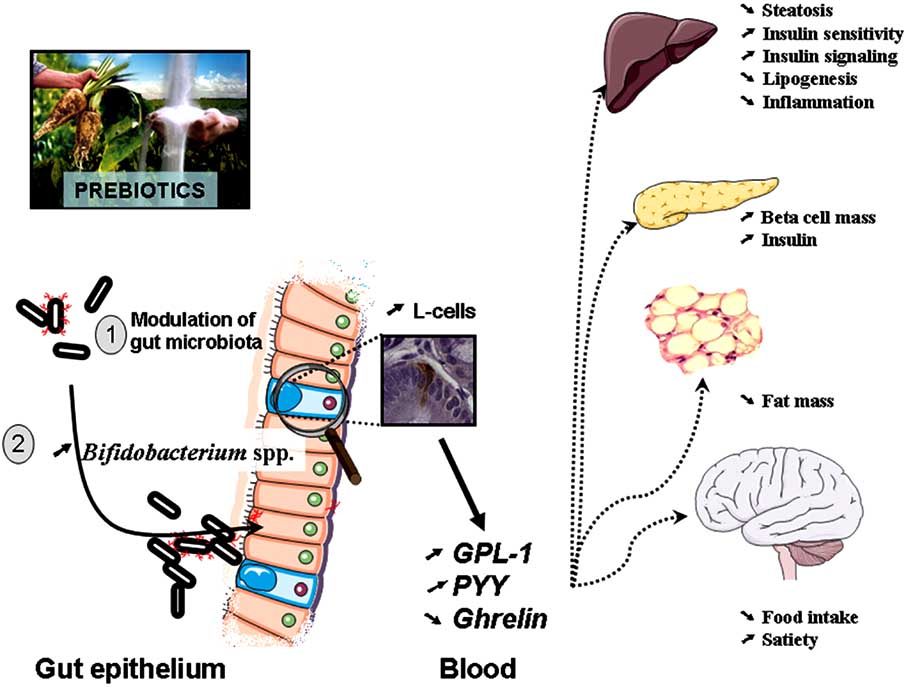